The Fox Model 27 and The Book of Fox

It came from Wisconsin. It wasn't covered in cheese, nor did is smell of cow. But it was, geographically, very close to its place of manufacture. And now its not.

The Fox Model 27 is, by all accounts, a normal Fox typewriter with a larger carriage. But what you may not realize is just how rare they are. Not that their rarity makes them more valuable by any means, as many of you know. The longer carriage takes up so much room, and if your going to get a Fox, you may as well get one that's usable on a normal sized desk.

But nonetheless, I'm quite pleased to now possess it. Just a few more to go, and I'll have one of each visible model. Then begins the impossible task of collecting one of each understroke! But until then, here's the Model 27. 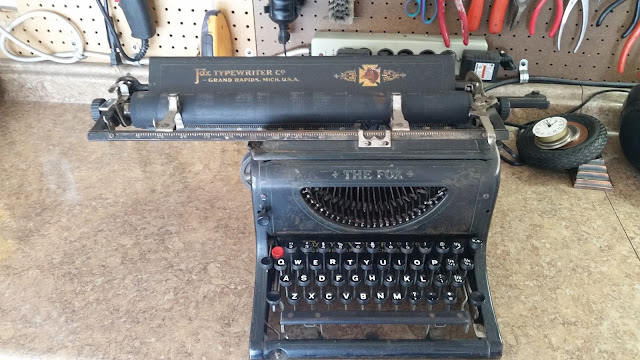 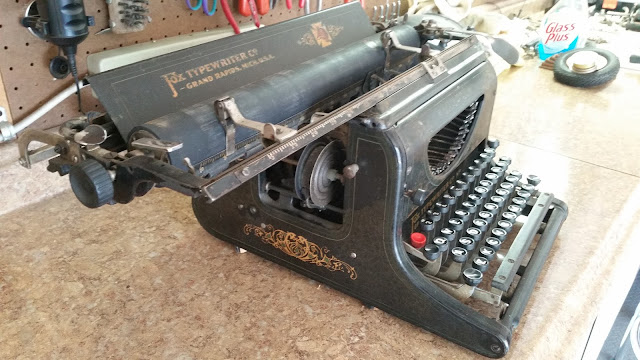 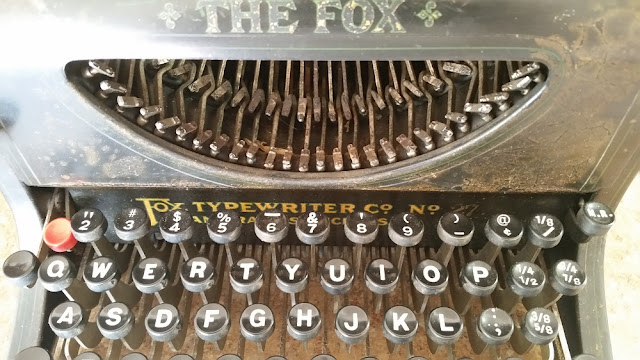 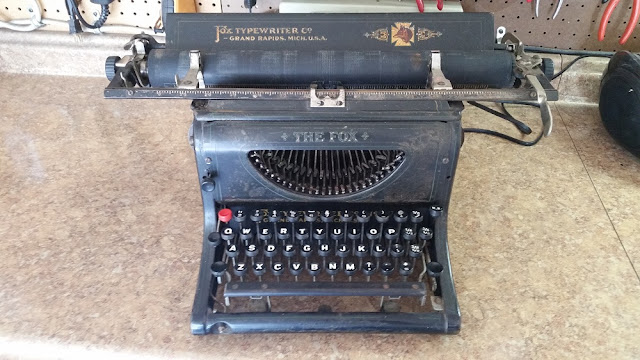 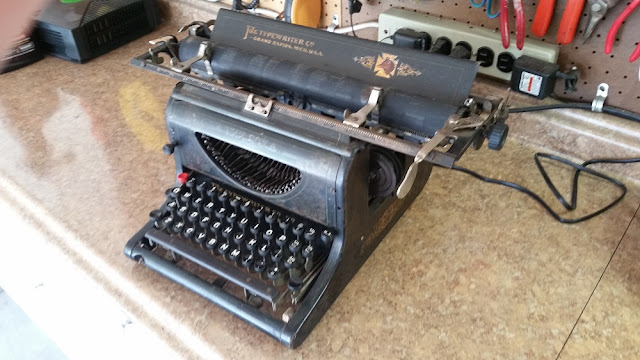 I found it peculiar that it has the second serial number for models, but its part of the Model 24 run. Serial number 41786   P5786, it proves that I cannot by any respectable means determine how many were ever produced. I anticipate thus that the other models with longer carriages also utilize the P numbering, and so their production numbers are all but impossible to determine as well. Regardless of that, it can be said that they didn't make many of them, at the very least.

No backspace, so this guy was made in early 1909 or prior. It has the dual-speed escapement, which is cool and quite different from the understroke version.

Also, someone at some time replaced the (Surely) degraded rubber feet with cut wood. And the right side shift support arm is for no good reason off of its pivot point. It should have been litterally impossible for that to just happen, so I'm not sure what the hell went on with this machine.

The feed rollers are roached, the carriage is missing its front ball bearing alongside other stuff, and the varnish has gone all to hell.

And yet, despite it all, it's still working quite fine. Fox machines are magical beasts.

So, if you have not heard via the Antique Typewriter Collectors group of Facebook, I've been working on the creation of a small book detailing the Fox Typewriter Company. I'm currently doing final editing and formatting, and adding a few final things, but I anticipate it being done relatively soon. I'm primarily waiting for a few extra images to bring it all up to snuff.

Once it's all together, and I've printed an editorial copy to ensure everything turned out correctly, I will make it available to the public. In its 120-some pages you will find information pertaining to the history of the company, each model they produced, patents and lawsuits, and more. I have done my best to avoid using speculative information, such as my prior serial number research, so that everything detailed within the book is as close to historical truth as can be.

I think I'll be making it available through Lulu, so that its easier for people anywhere to order a copy. The price per copy will be cost of manufacture and shipping; I did not create this book for profit, but rather to serve the public.
Posted by Words are Winged at 12:35 PM 3 comments: 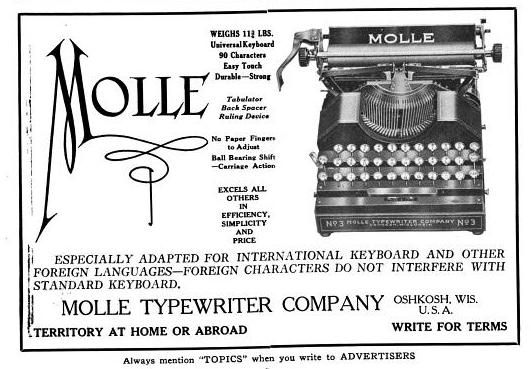 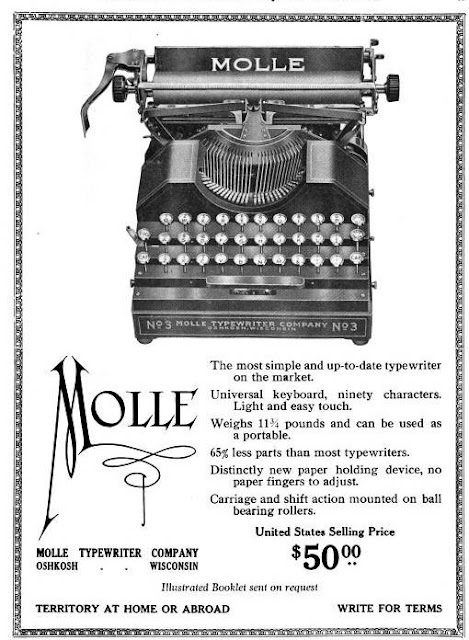 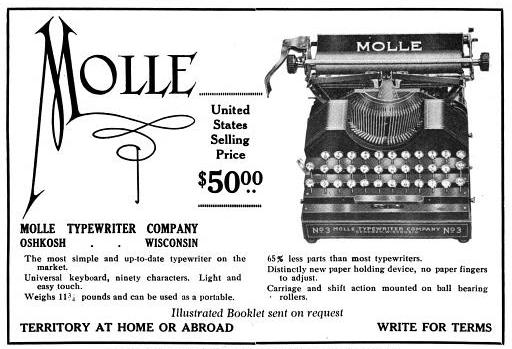 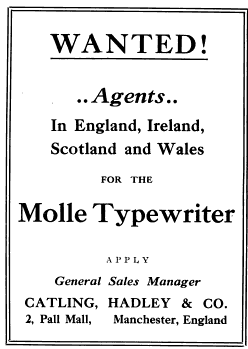 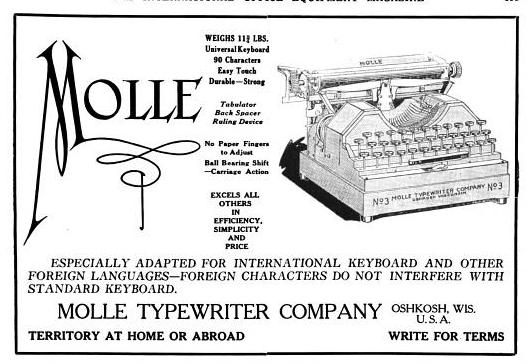 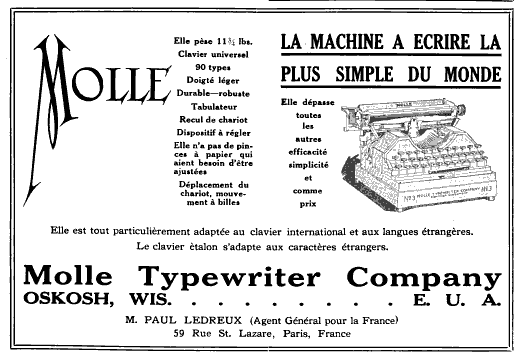 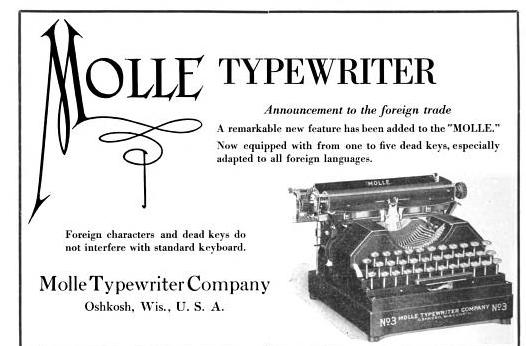 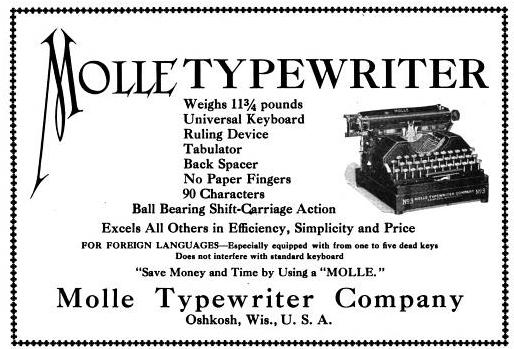 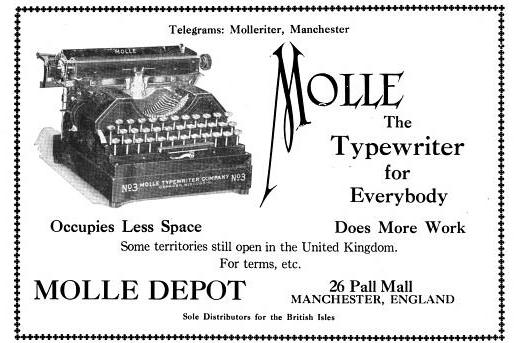 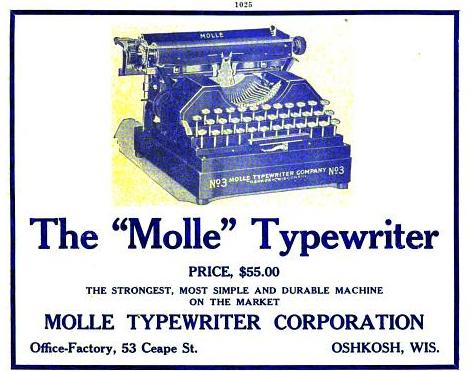 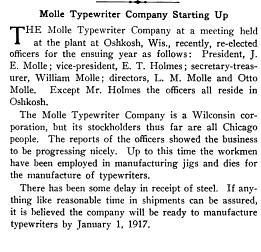 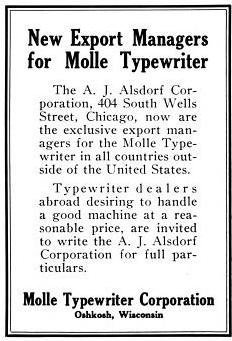 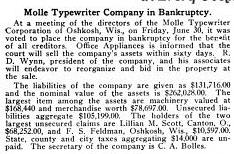 As Mr. Ted Munk has been vigorously conducting research into the Bennington Typewriter (and the evidence making it seem like it never bloody well existed), I thought I would show the ads for it that I could find. Quite bland, and pretty much discusses within the advertising text how the machine wasn't truly in production yet, awaiting enough stock to be purchased to buy all the necessary equipment. Based on reason, I believe Mr. Munks idea that there were only ever prototypes produced to be most likely.

Yet somehow someone found the Clark Electric which was never heard of, and no-one has a Bennington which actually had a historical trail to follow. The oddity of it all... 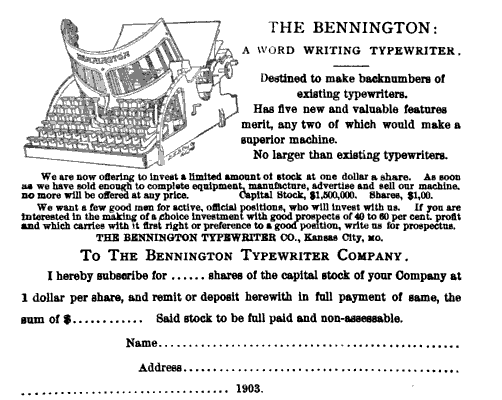 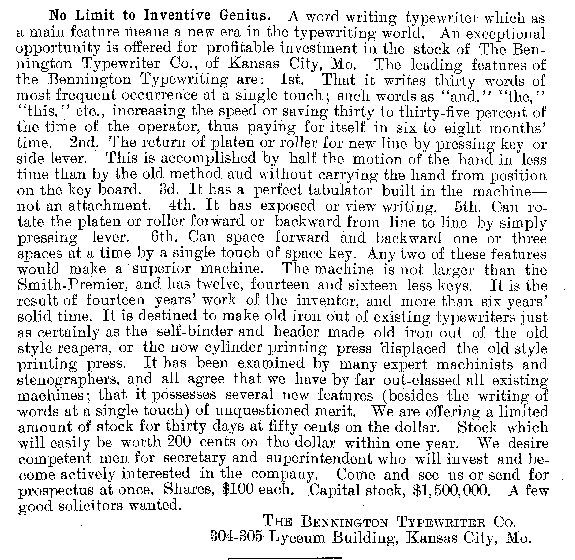 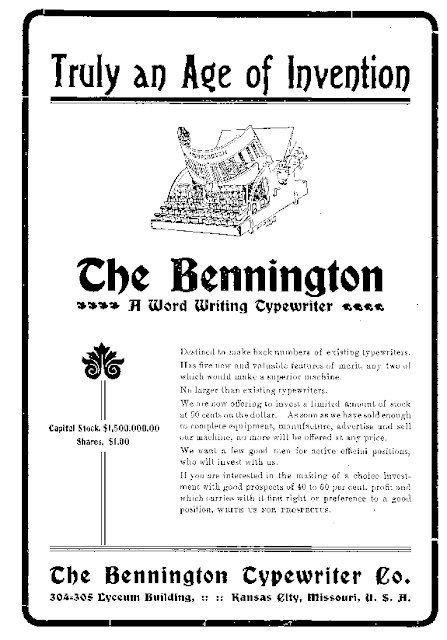 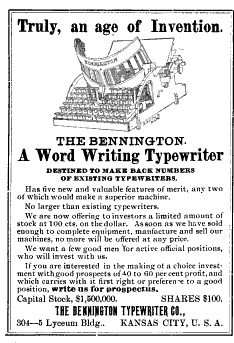 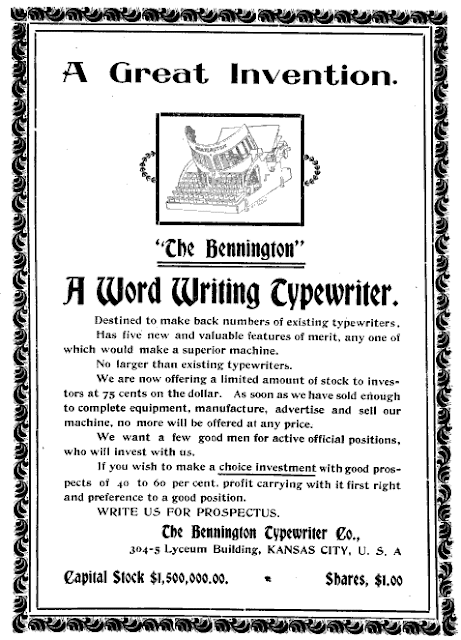 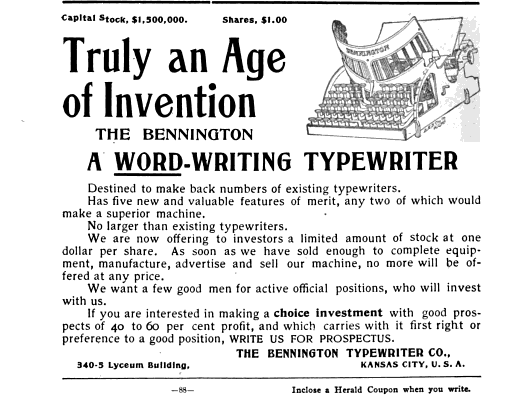 The back of the Xcel, Benningtons "Successor". Very odd looking. You can see how the mainspring directly engages the escapement rail. Terrible idea, really. 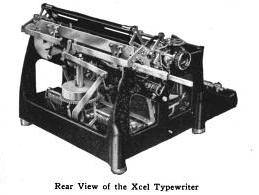