Fortune favors the something or other

I'm honestly quite surprised that the Blickensderfer enjoyed as much longevity as it did. While they are certainly interesting and relatively "fun" machines to use today, they were certainly not favorable for business use, and for some reason I just cant see a domestic user finding it better than a used understroke machine, especially since visibility wouldnt have mattered all that much (assuming theyre looking at the keys as they type rather than the work, as would befit a new typist who didnt know how to touch type; and those who could touch type could type without seeing anyway).

Imagine where we'd be if the Blickensderfer Electric took off. 40 extra years of electric typewriter innovation. 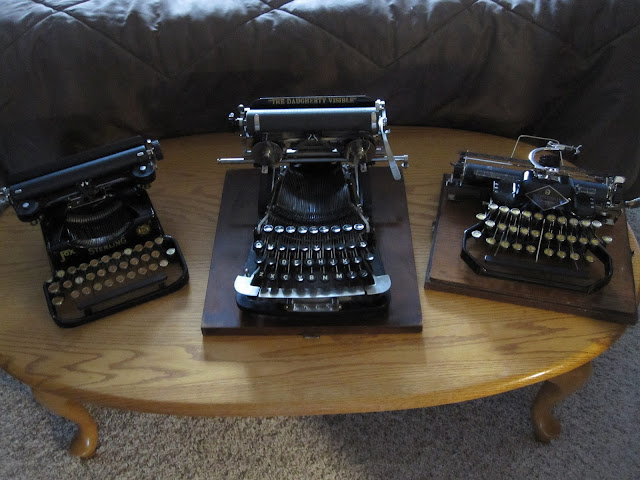 As stated, the Daugherty is actualy a very fine typewriter. Sure, it was superseded by the Underwood in terms of utility, but it does what its supposed to quite well.

Some people don't realize just how big the Daugherty is. Its nearly as tall as a Fox, and is quite lengthy despite being proportionally thin. 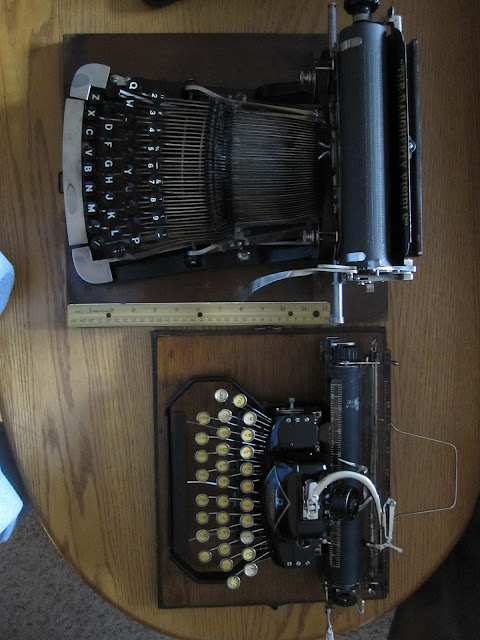 And of course no discussion on my blog would be complete without talking about Fox. I stand firmly by the notion that the Fox portable would have K.O. 'd the Corona if they had the chance. Its just so much easier to type on, and has a better overall design in my opinion. A Fox 4 bank portable would have taken the market swiftly and brutally, leaving no enemies.