Arriving by post, this rather scarce Fox 10 is a welcome addition to the collection. But, as with quite a few older machines, I've decided to do my duty to restore it as best as I can before I set it upon a display shelf. It's the least I can do for a Fox. 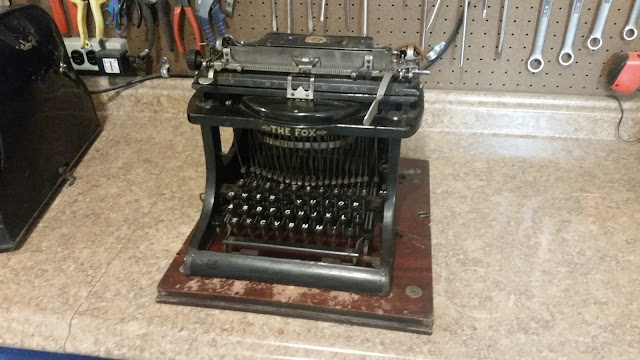 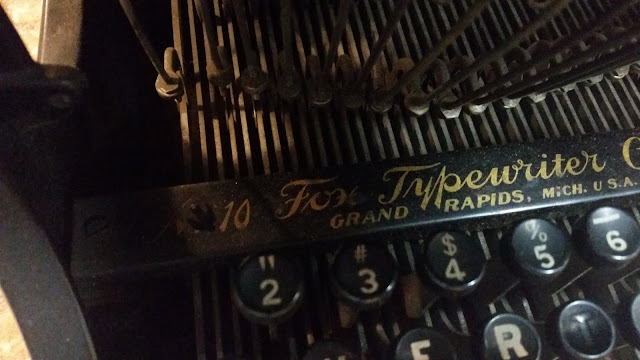 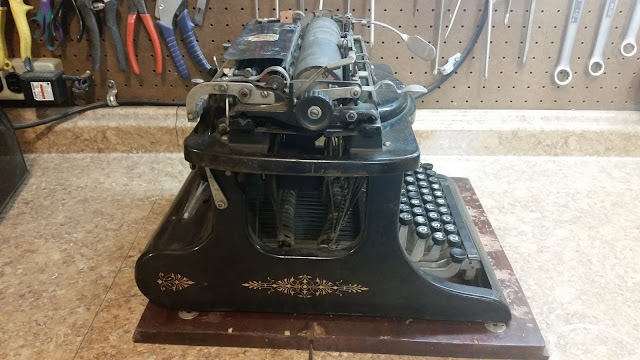 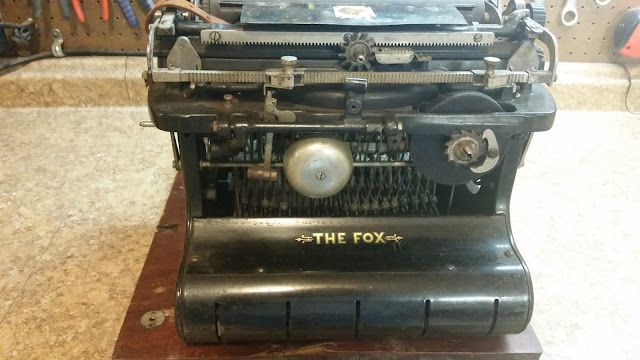 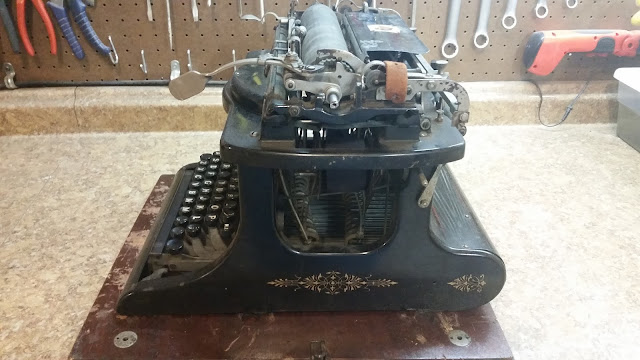 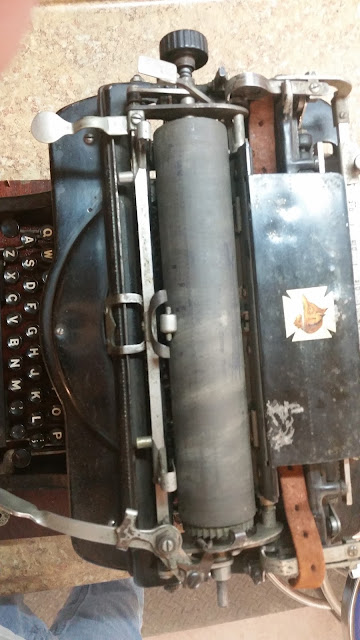 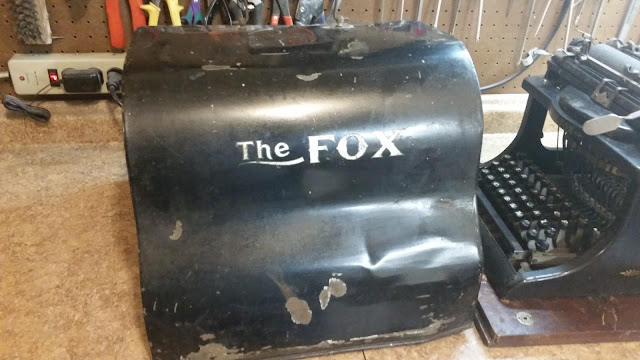 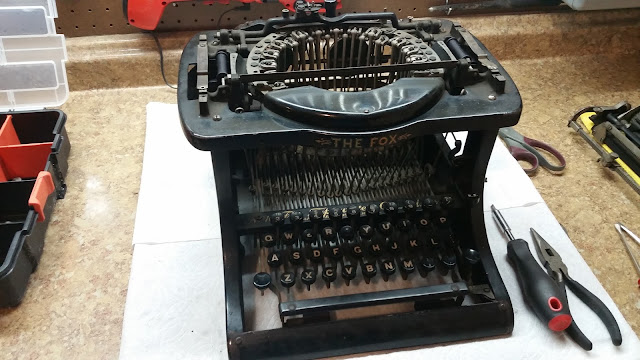 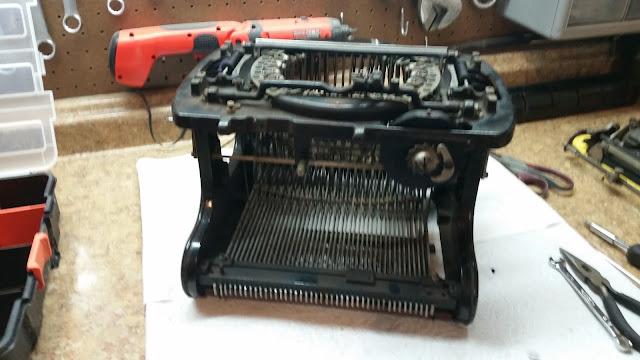 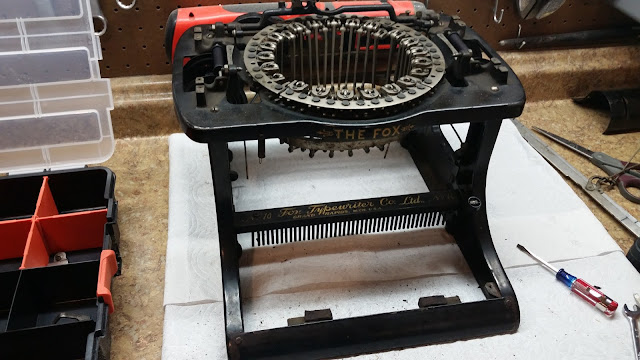 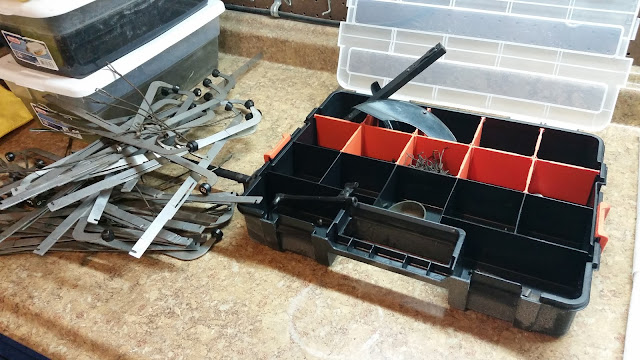 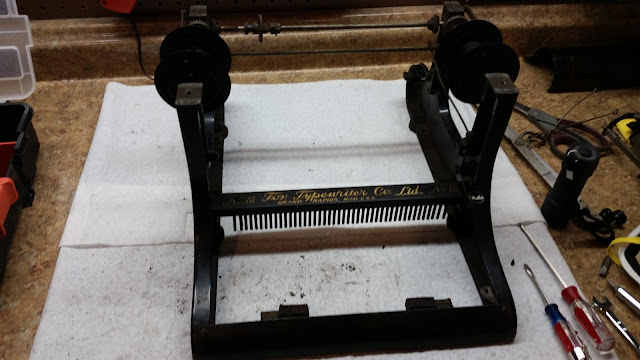 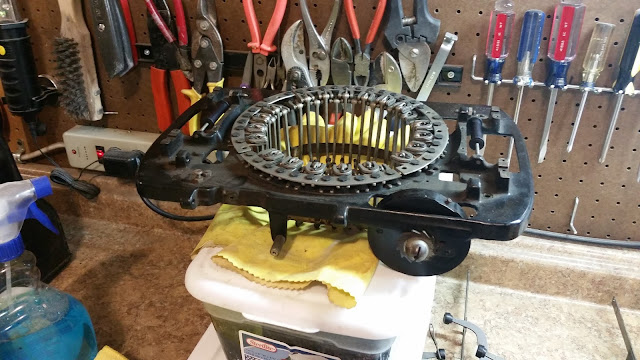 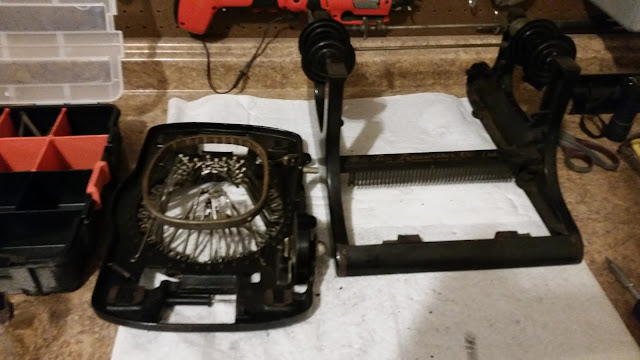 Striking a blow for self reliance

Nothing typewriter related today (though I do have something on its way that I'll be eager to show soon enough). Just a few of the latest odds and ends I've been dealing with, incidentally working towards the general goals of the glorious Typewriter Revolution.

I'm not in the city, rather I live just a bit aways in the county, and while that means it's far quieter and serene (surrounded by the forest and whatnot), it also means we lack certain guarantees that most of the city dwellers have; one primary thing being an almost unquestionable ability to state that the power simply will not go out. If it does, it goes out for an hour or so. That's not quite the case where I live; a few years back, due to a rather serious wind storm, we lost power for a full week in late November. It's interesting to deal with candlelight as your only means of illumination for about 1/3 of your day, and more interesting still to find means of entertaining yourself.

From that particular power outage (and the many that have occurred since), I decided I should find a way to play music without needing electricity. A previously charged MP3 works well, but only until it runs out of juice. I wanted something a bit more, say, phonographic.

The problem, however, is that we don't have phonographs in large supply out here. We have full sized Victrolas pop up on craigslist here and there, but nothing easily portable. So I finally decided to hell with it, I'll make my own. I bought a motor and tonearm off ye olde Ebay, and built the rest.

I decided to make what I call a "Multi-Box", so that the top can be taken off and replaced on a whim for multiple uses. Below is the underside of the record player board, with poorly made acoustic horn and engine visible. 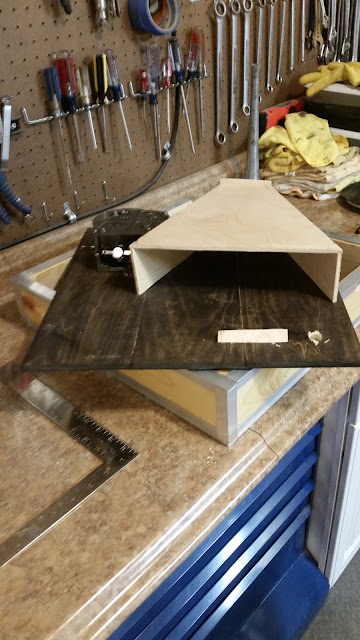 And the top of the board, on the Multi-Box stand. 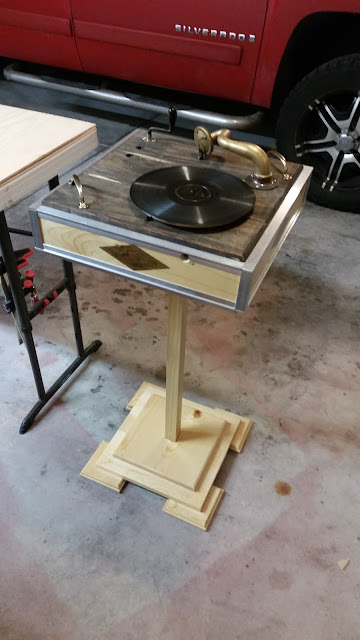 I ended up not liking it, however, so I threw together a smaller, even more portable version within a day and am quite pleased with it. 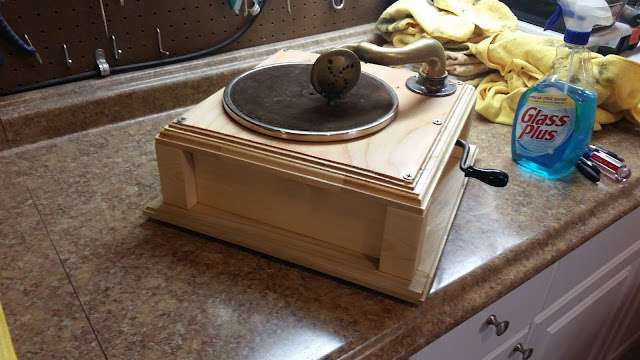 I've only got two 78s on hand at the moment, but will be trying to locate some more. At least I can listen to old school "Cotten Eye Joe" over and over and over again until driven mad.


Another fun project I finally was able to get functional is this old drill press. I had to modify a modern chuck into it so that I could change bits (the drill otherwise only accepts bits with 1/2 inch ends). It's fun to get cranking on it, and it turns out that I actually have found it more useful in certain circumstances than my only other option, a hand drill. You can get far more force per rotation into this drill due to the simple mechanics of it and its lengthy lever than you can get from a hand drill before it overheats. 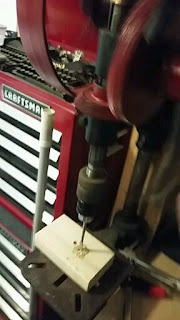 I also stumbled upon a small trove of Whal-Eversharp mechanical pencils, all gold-filled, from roughly the 1920's or 1930's. I hate modern mechanical pencils because they scratch (due to the thin lead), but these suckers use 1.1mm lead, a width as thick as standard pencil leads for the most part, and it works wonderfully for me. The heavy metal barrel helps as well, since I like a bit of heft in my writing implements. 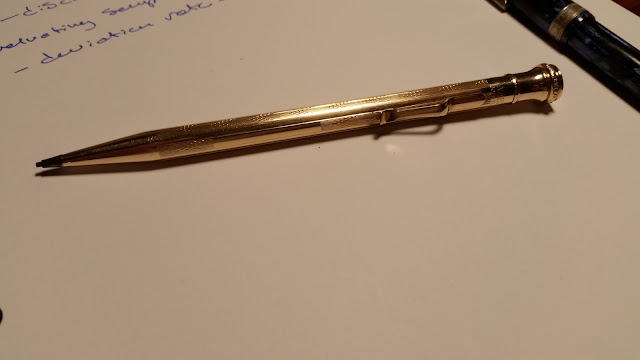 And to top it all off, I got into repairing antique fountain pens. Remarkably easy, the only hard part is making sure you don't break them taking them apart. I was finally able to satisfy a hunt I've been on for years and years; a beautiful antique blue fountain pen.

One of the things I love about fountain pens is their permanence; you don't just toss them out when they're out of ink. You simply take a second to refill it. And a single bottle of ink can last what seems like forever, and for the cost (about $10 a bottle) it is a clear winner over standard ballpoints. 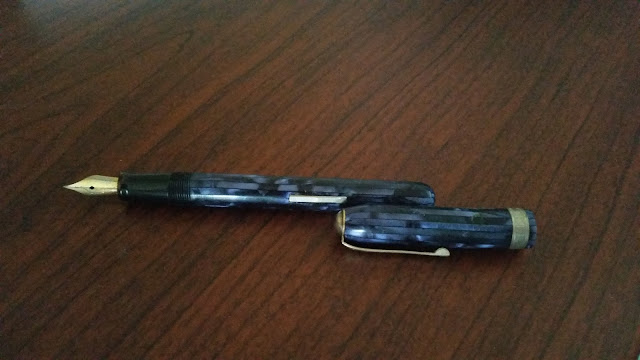 ---This post brought to you by ROBOCOP and the ad council---