Woah. That crazy Fox dude is back. I wonder what he's gone and done now?

What he's gone and done is started speaking in the 3rd person, as well as purchase a Hammond Multiplex!

For all my many (see: Few) years of typewriter collecting, I've only previously owned one other Hammond, a few years back. I figure that's saying something, when I've managed to come across machines of far greater scarcity such as a Daugherty, a Masspro, etc etc. I had bought an enclosed version of the Multiplex, with the front cover that protects all the innards of the machine. And for some reason, I just could not come to appreciate it. It was in great shape, but needed some tuning to get a better print quality. I just didn't have the patience to deal with it; whether it was my unfamiliarity with the design, or honestly that I just didn't like the look of the enclosed front cover, I can't say. But I got rid of it pretty quickly.

Fast forward to last week, and an earlier Hammond Multiplex pops up for sale; the first version, which mimics the No. 12 with its open design, having just a little plastic plate above the keys. Now this, I said, was a true Hammond. While hardly out of the Wild West, it just exudes the 1880s look. I figured I would give Hammond another go, and all I can say now is that I'm glad I did.

It came in on Tuesday, and I just put the finishing touches on it today after a nearly complete (I ain't touchin' that escapement) teardown and manual cleaning. These guys are very easy to take apart, and in fact taking the carriage off is supposed to be easier than I thought at first. I spent half an hour trying to figure out the best way to do it, before a quick google search proved I was thinking too hard about it (Basically, you just take the turret section off since it's one piece, and voila; the carriage tilts forward and out).

I also put new felt on the bottom of the base, and waxed it on up to a nice shine. The cover of the case is in pretty bad shape, and is currently getting my best effort at a re-glue and repair. 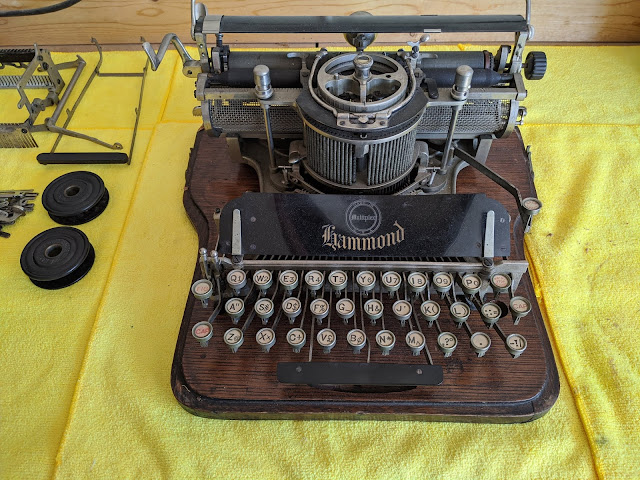 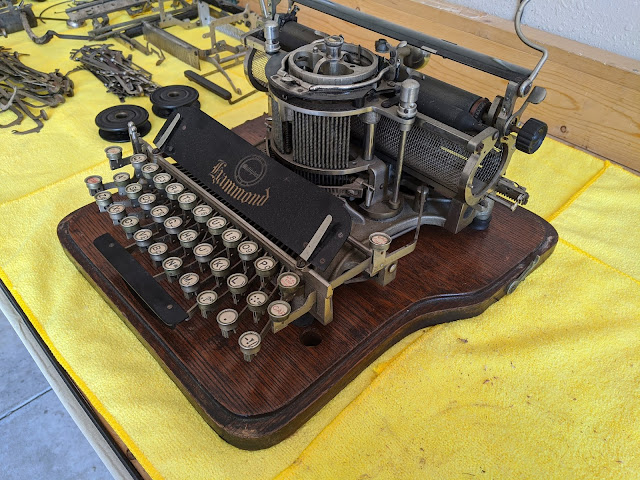 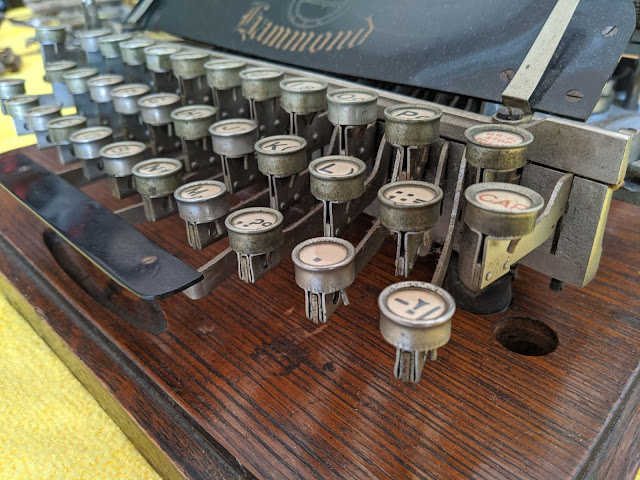 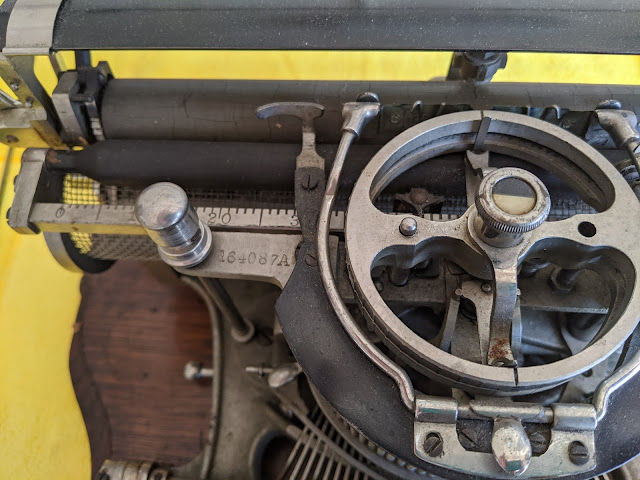 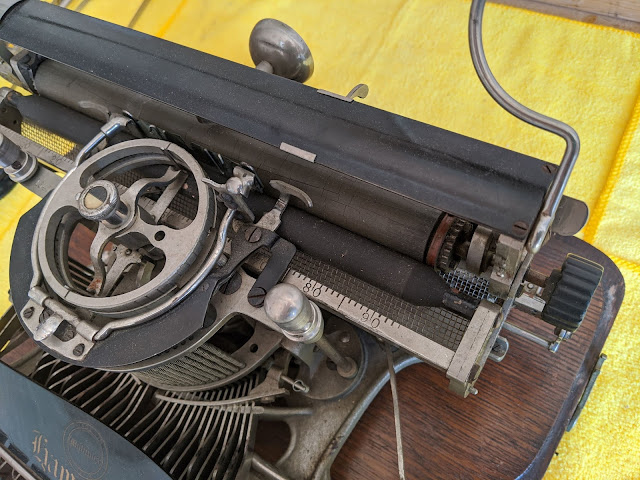 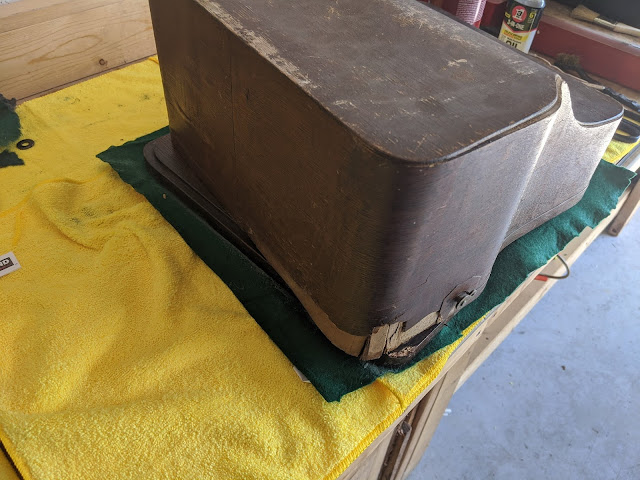 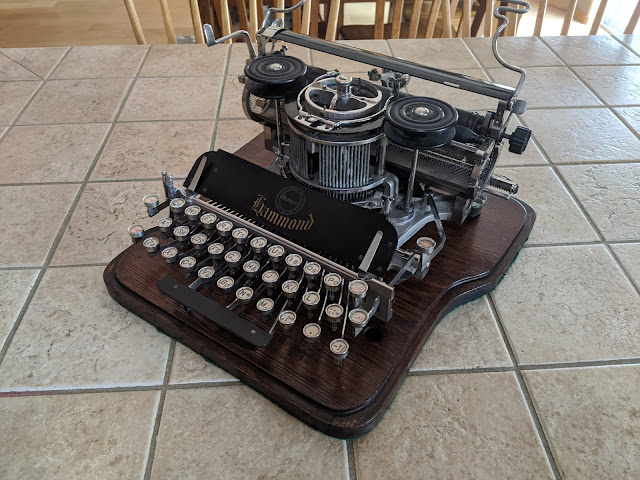 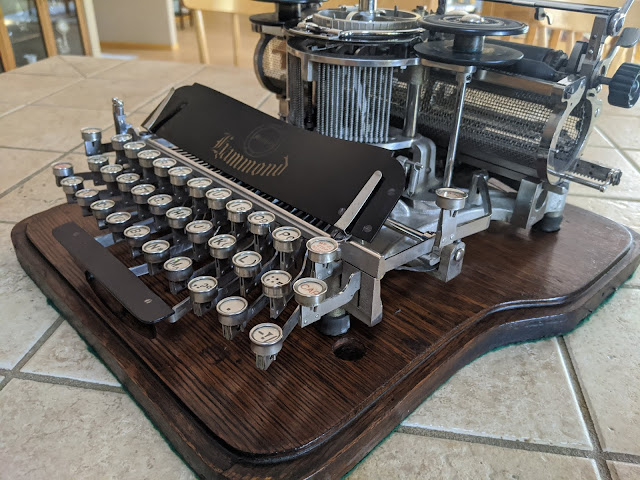 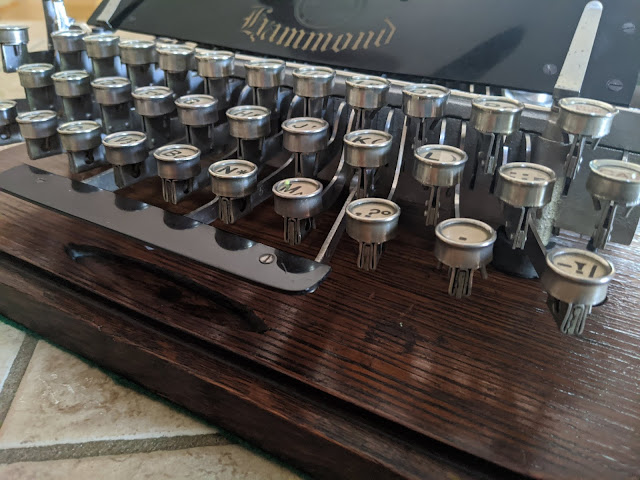 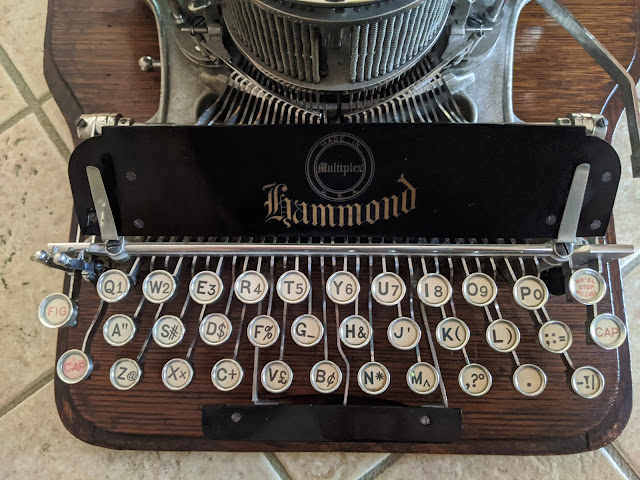 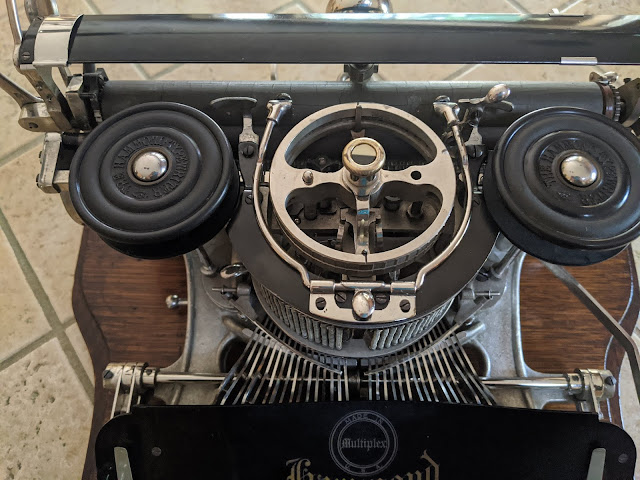 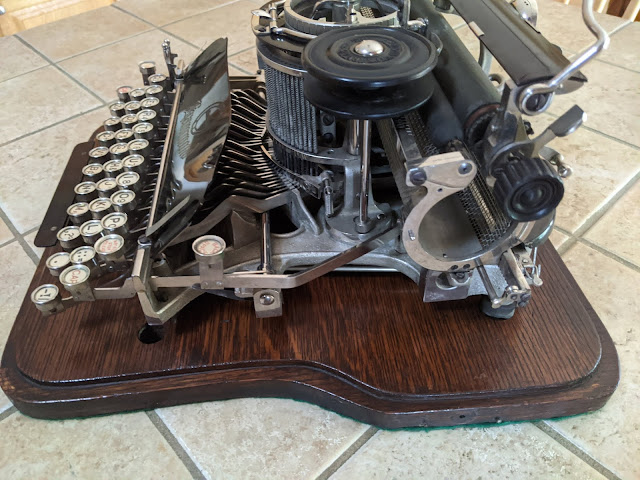 Now I'm just waiting on a new impression strip (my failed attempt at one lasted all of 5 minutes), and some 7/16 ribbon. Curse those attempts at going against the norm.