If my calculations are correct, when this baby hits 88 WPM, you're going to see some serious shit.

I fully expected it to take at least a solid week, based on my usual habits regarding time spent in the workshop. But for reasons not to be explained, I decided to see just how quickly I could get one of these turned around (especially due to them being my specialty).

The results were positive, though the expediency of the cleaning efforts was certainly helped by the fact that the machine actually worked with me, whereas most seem to actively resist my cleaning and restorative attempts. Save for the one thin rod not wanting to come out, all other screws and parts came apart properly, the rust was only a real problem on the topside of the carriage, and  by golly even without oil the cleaned pieces worked right. 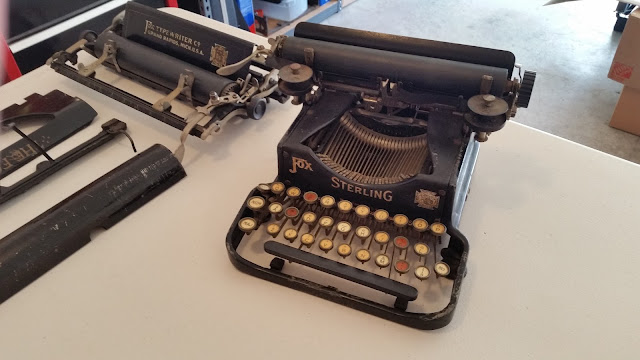 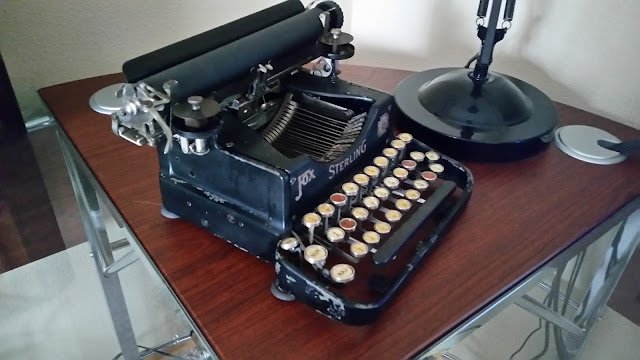 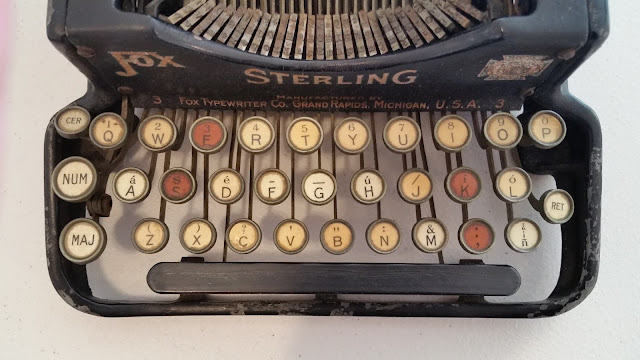 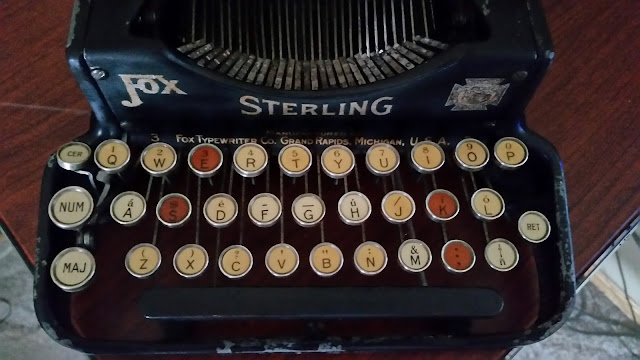 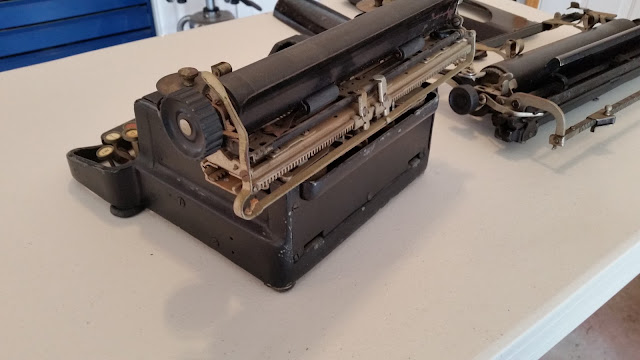 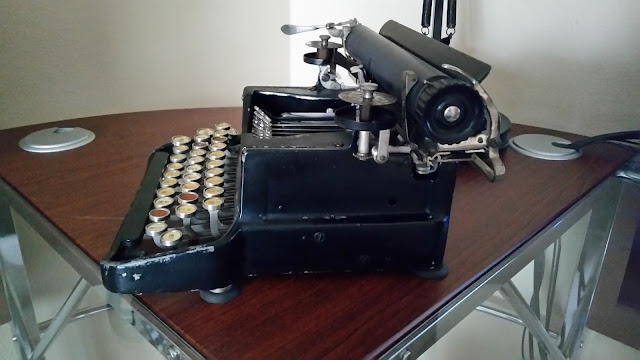 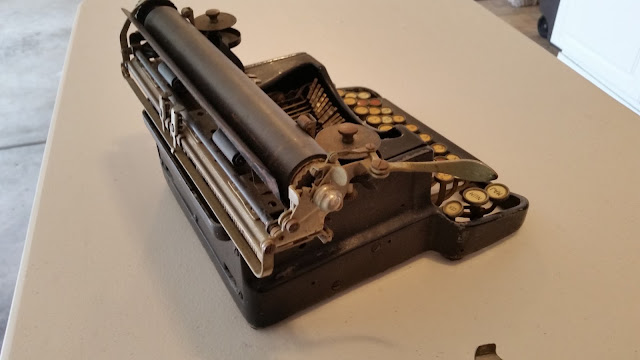 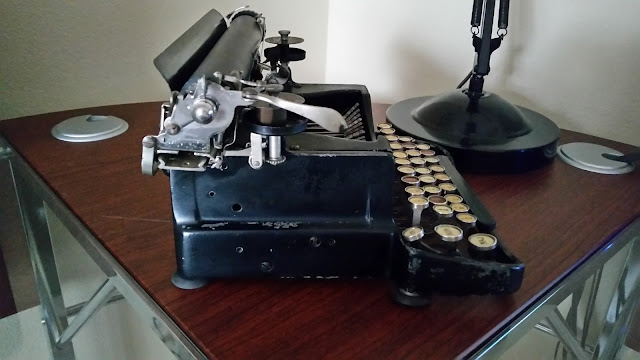 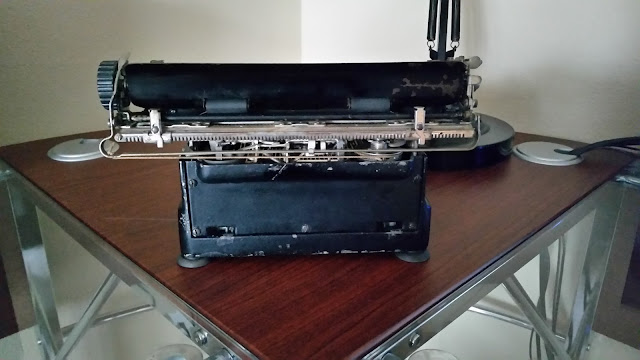 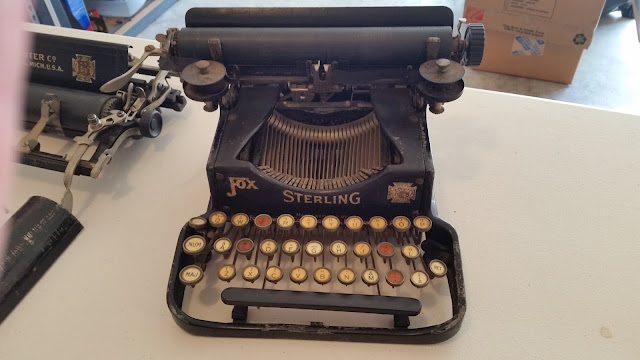 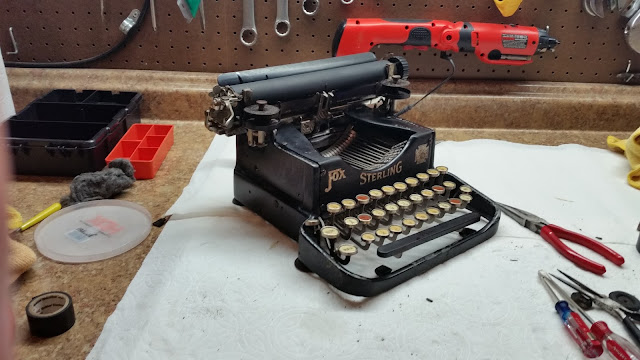 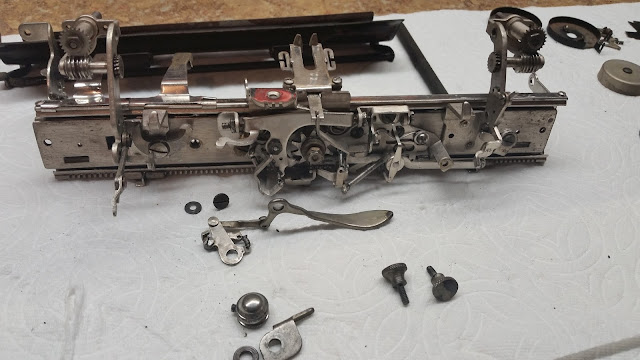 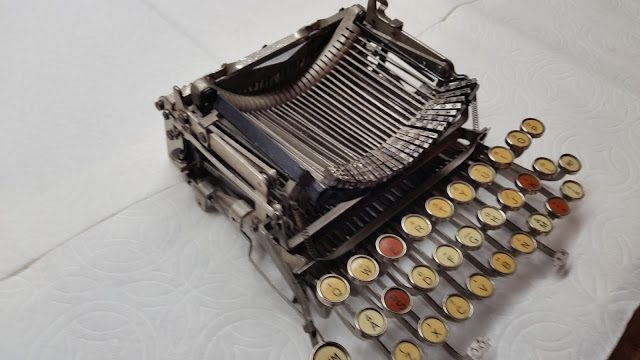 Yes yes, I know I'm terrible at taking pictures. But it should be easy to tell how much cleaner this Fox is now. The paint is a bit iffy, and there is evidence that it was actually repainted previously, but I decided to just give it a layer of protective wax rather than really try to buff it up or anything. Apparently having sat in a Texas storefront for the better part of a few decades, I like to think it has a "Texas Sun-baked" sort of look.

Posted by Words are Winged at 3:31 PM