And now back to our regularly scheduled programming: the Erika 2

Spring has sprung, and its time to tackle my backlog of typewriters in need of repair. First up is the little folding Erika I picked up in Bremerton. Based on its serial number, its a very late model 2 or 3 or something.

RIght off the bat, upon initial inspection of the machine, it was once again confirmed that even if the design is based off an American machine, the blasted Germans will do their damnedest to over-engineer what they can. Its a nicely built machine, but there's far more that can go wrong with than its competitor, the ol' Corona 3.

It took me a few minutes to get the rod out of the platen because its got a jut in it to keep it in place rather than set screws. Keep that in mind for your own Erikas. 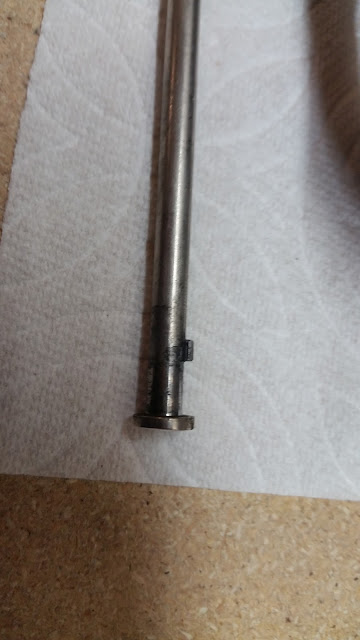 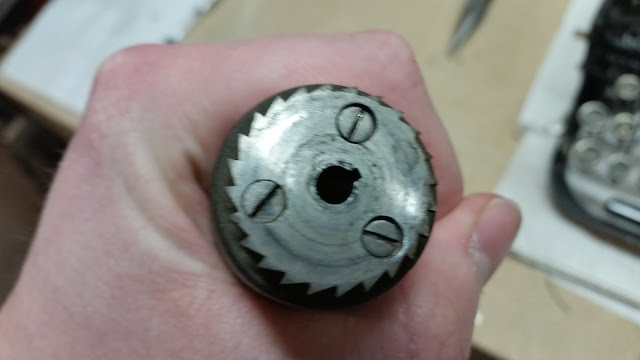 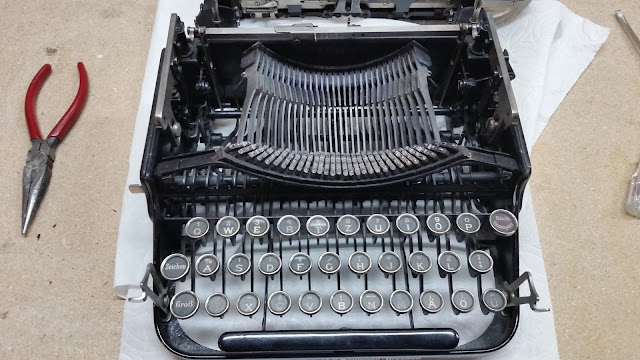 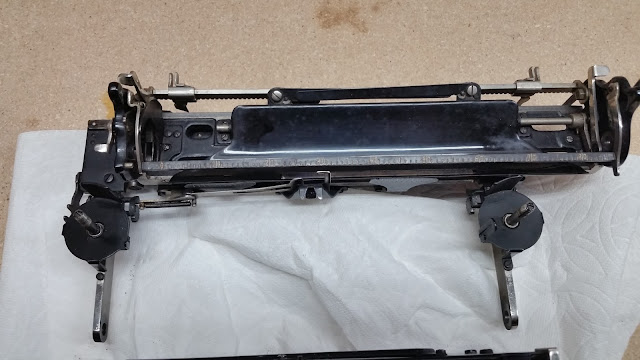 A lot more engineering action going on to get it to shift compared to the Corona. 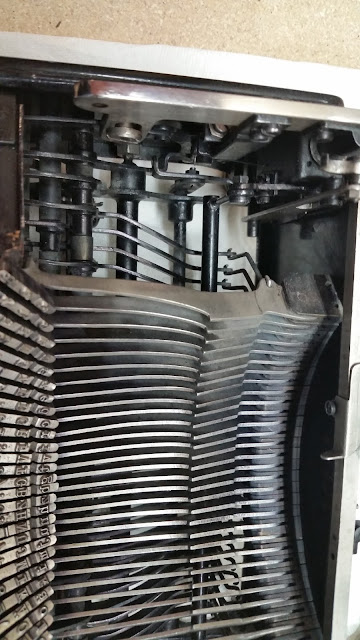 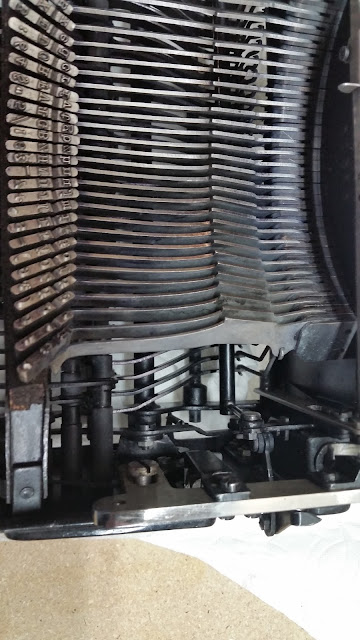 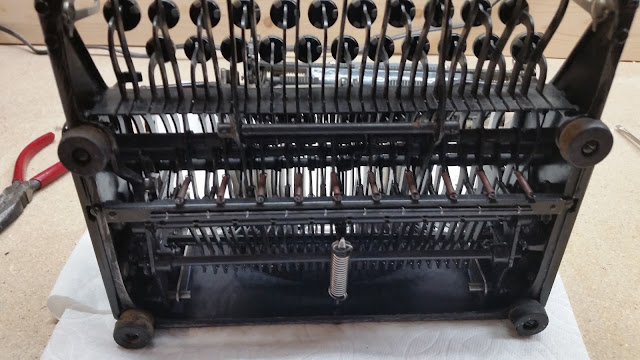 I decided to try and get the Z and Y swapped out, but found that either the typeslugs are on there by some means other than solder, or the solder was simply laughing at my namby pamby American built solder gun. The surgery ended before it even had a chance to begin, as I can safely say I hit max temperature on the slug and it just didnt care to budge. 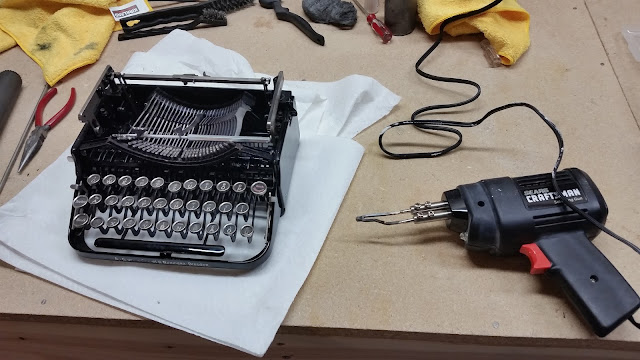 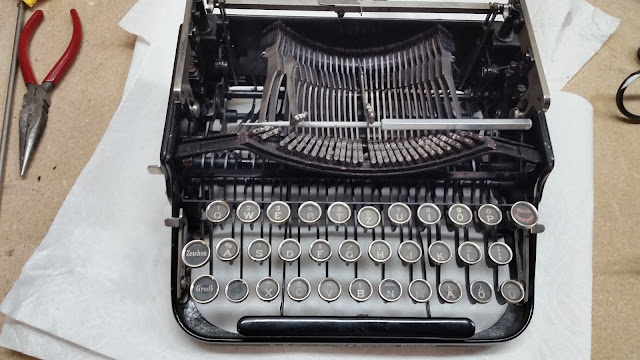 Back to more worthwhile issues, I found that the ribbon advance ratchets had worn away enough over its life to the point it couldnt function anymore. I ended up using a stopgap solution of a tad bit of electrical tape to improve the tip of the main arms, and for now its working again. 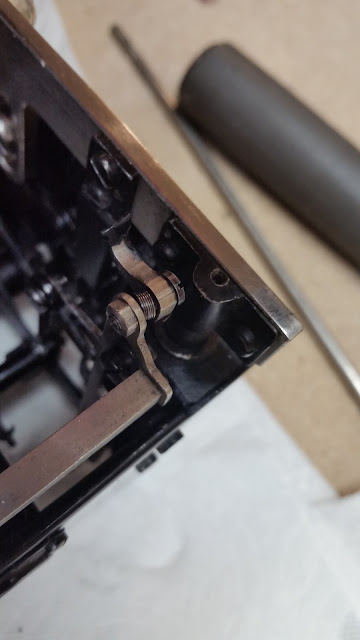 The machine was already really clean, I just had to de-gunk some areas where a bit too much oil had coagulated over the years and apply some new oil to the keylever pivots to free up the mechanism. I'm left with a shiny Erika in moderately O.K. working condition. The only real problems stem from it needing a bit more oil, and an adjustment to its margins so they stop at the right spot. 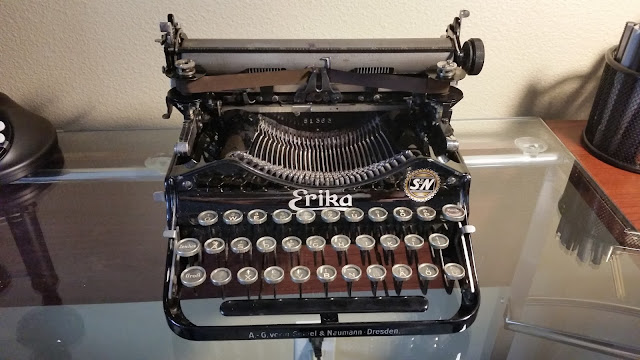 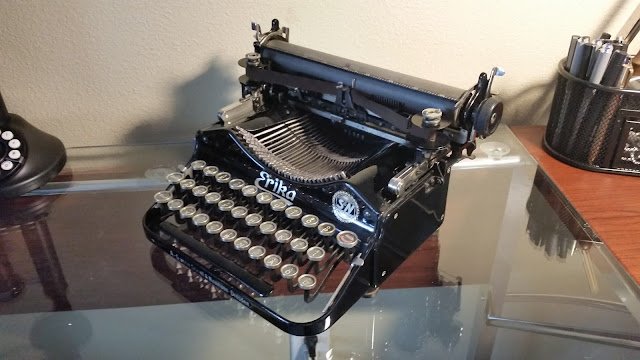 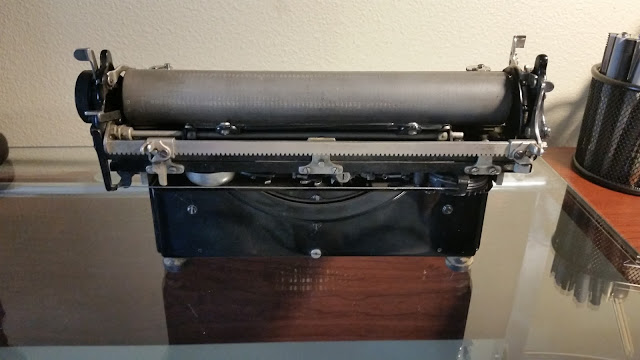 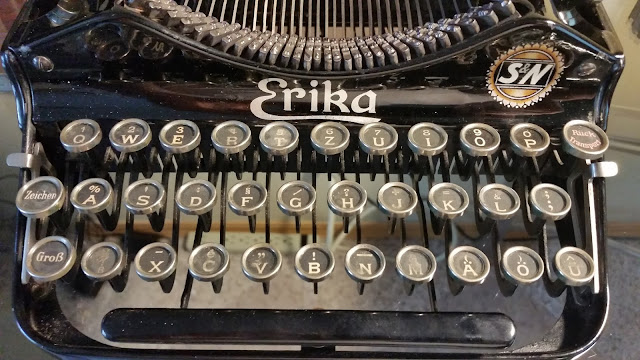 It took me a moment to realize where the period was. Turns out, this machine does not simply have two semi-colons for the fun of it. 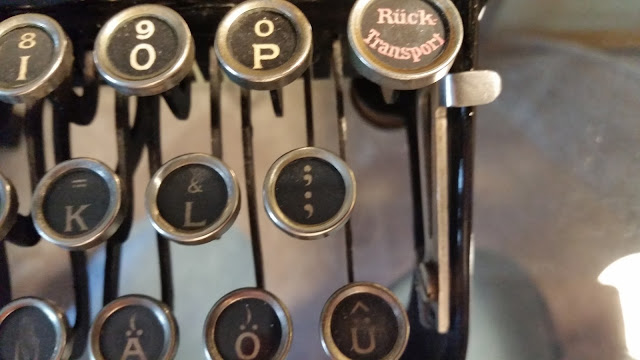 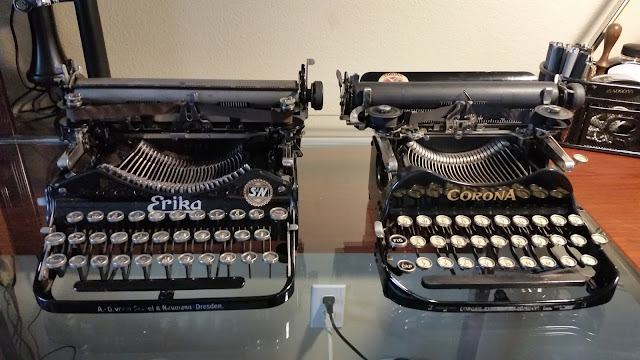 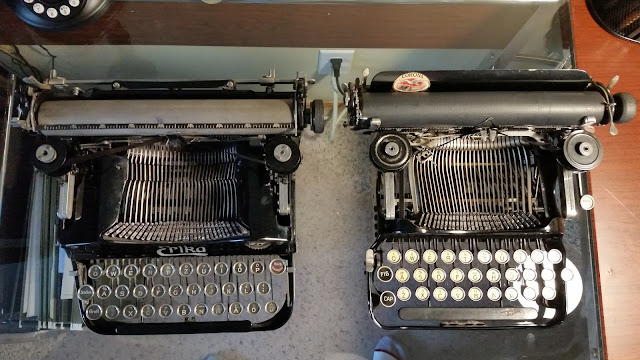 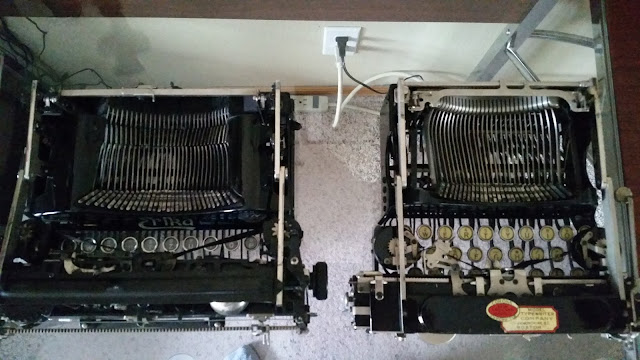 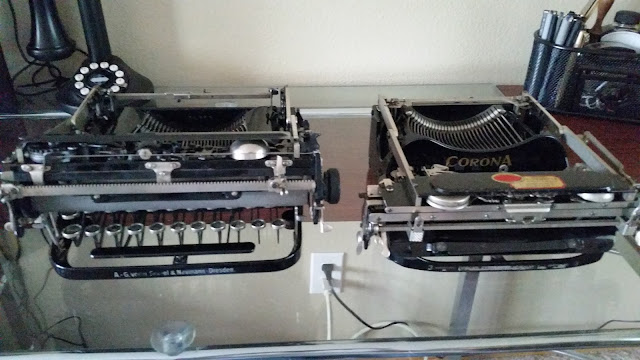 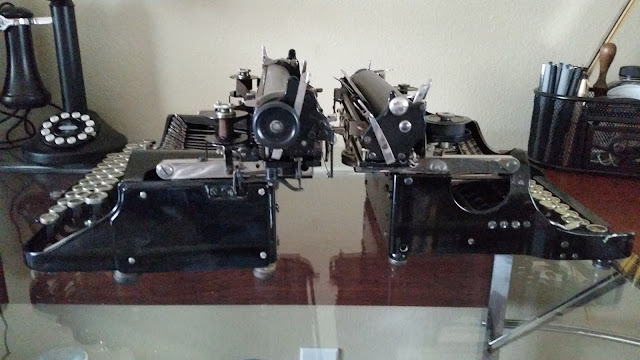 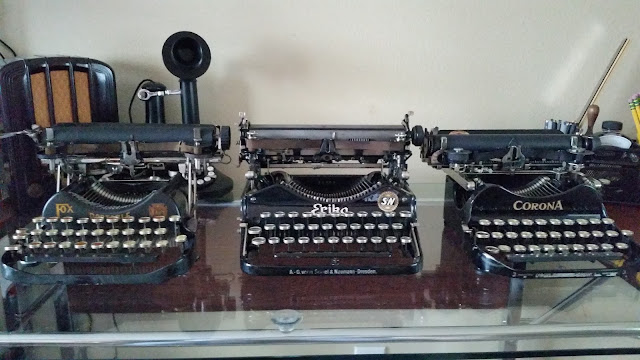 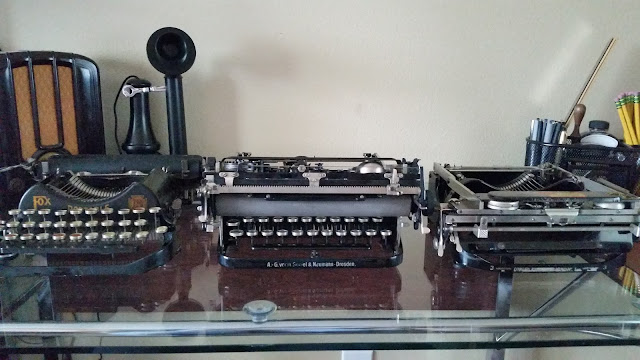 My overall impression of the Erika is this; it's a well designed machine that improves some of the bluntness of the Corona 3 as a writing instrument, while at the same time allowing itself to have inherently more issues than a Corona might have.

To sum my opinion up, the Corona 3 is a Ford Model T and the Erika is a Mercedes E class. The Mercedes is very nice, and will do amazingly when in top notch shape. But if something goes wrong, it goes wrong rather severely and repair costs will run you the same amount as a new car. The Model T works well in new shape, and it works well after its been driven off a 100ft cliff. If it runs out of gasoline, you can throw kerosene, alcohol, or whatever you have on hand that's even remotely combustible into its fuel tank and it'll keep on trucking.

There's just something to be said about American machines being built ruggedly with less pure perfection that allows them to function well enough even in rough shape.
Posted by Words are Winged at 3:51 PM