How to build a Blickensderfer: Part 2

Next up in my Blickensderfer cleaning/ restoration is the head segment. This will come as a complete shock, but for once I chose NOT to completely disassemble the whole thing. Though from the studying I did up on the mechanism I determined it relatively easy to take apart and piece back together so long as certain set screws were kept in their proper tuned places, I felt that I would rather not inadvertently screw up the alignment. Maybe once I own a second Blick, Ill feel more comfortable taking the mechanism apart, but being my one and only as for now, I simply cleaned it with more normal methods. 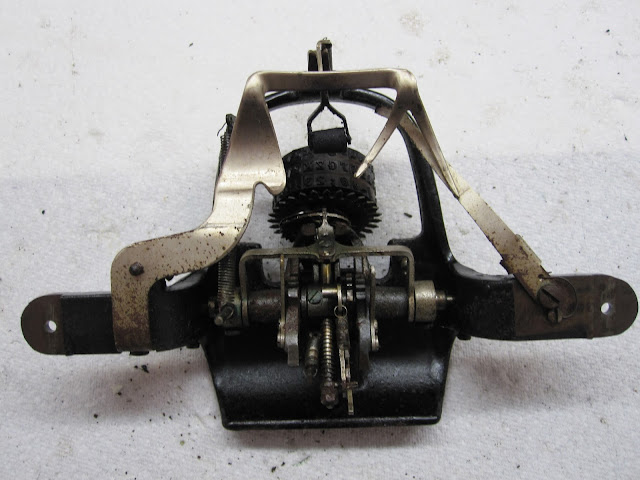 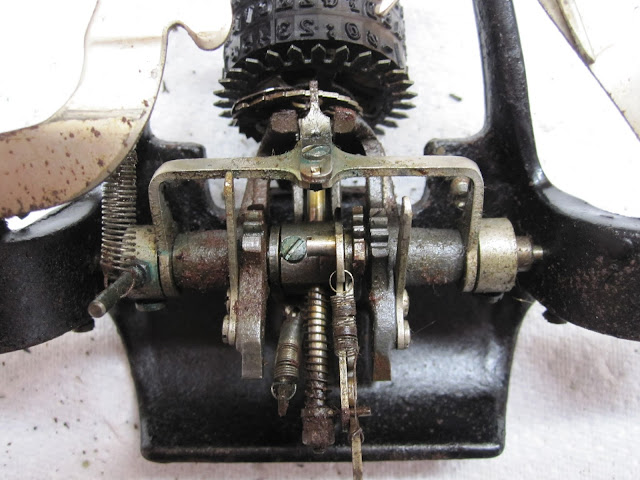 The most I did was take the large nickel plated parts off to give them a derusting bath, alongside taking the typewheel off. Here is the relatively exposed mechanism. 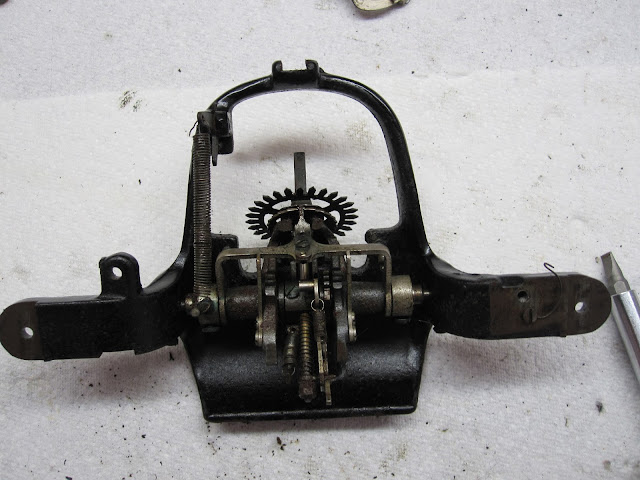 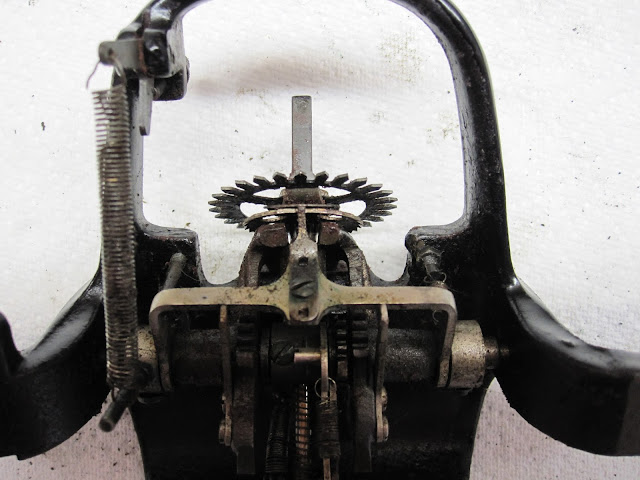 Having cleaned everything and put the nickel plated pieces back in place, I simply put the head segment back on the machine. 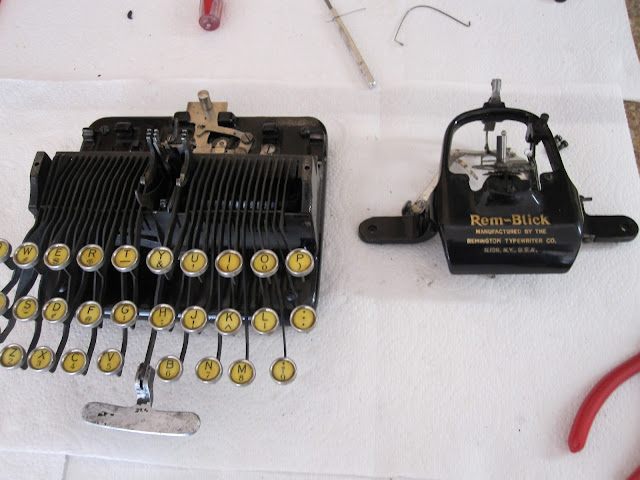 Did I say simply? Because putting the head segment back on was a nightmare. It turns out you must do the following: As you set the whole thing down gently, ensure the small steel colored piece with a spring attached which acts as a shifting lock is pulled backwards so that it rests upon the top of the front guide comb. Second, match the body gear lever backs to the backs of the head segment gears. They should look designed to fit together. Third, and this part took me a few moments to figure out, push the spacebar slightly as you lower the typewheel side of the segment down, otherwise a piece off the escapement mechanism will get caught and not allow the universal bar to move.

After that, though, things should go smoothly and you'll have your Blickensder in working condition. 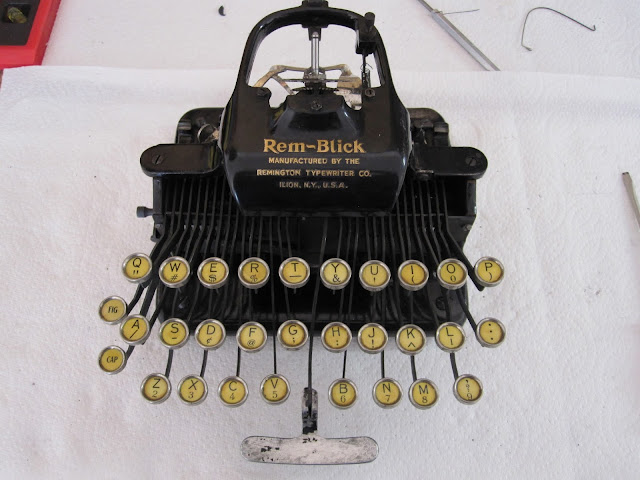 Please remember to have your paper release activated on inactive machines, folks. Otherwise, your feed roller will melt onto the platen, and literally meld with it to the extent that... 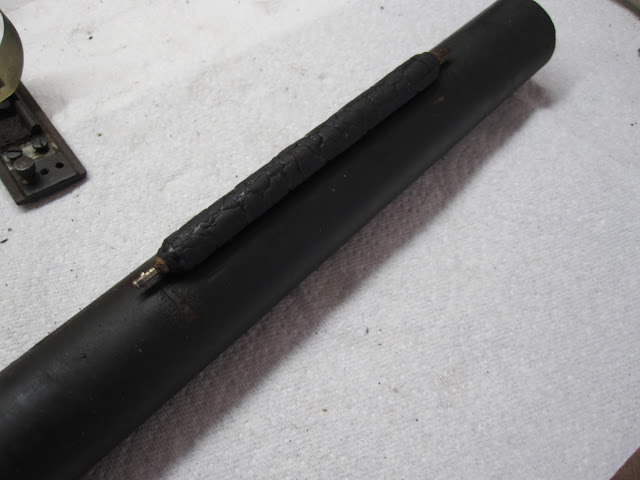 It takes a good chunk of the platen with it when you try to get it off. 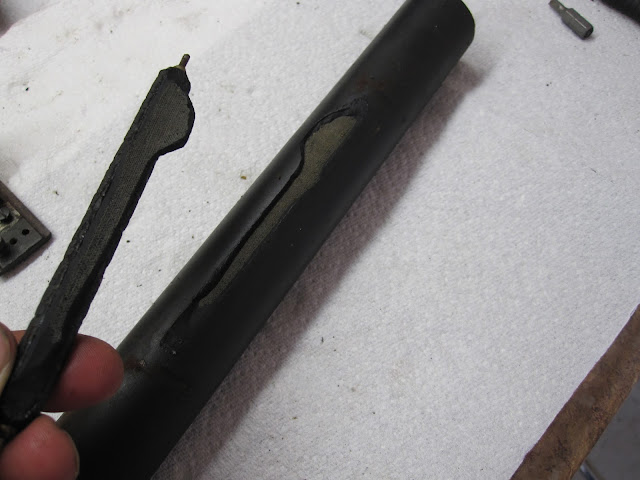 Next up is the most simple carriage I have ever seen, though it is missing pieces. 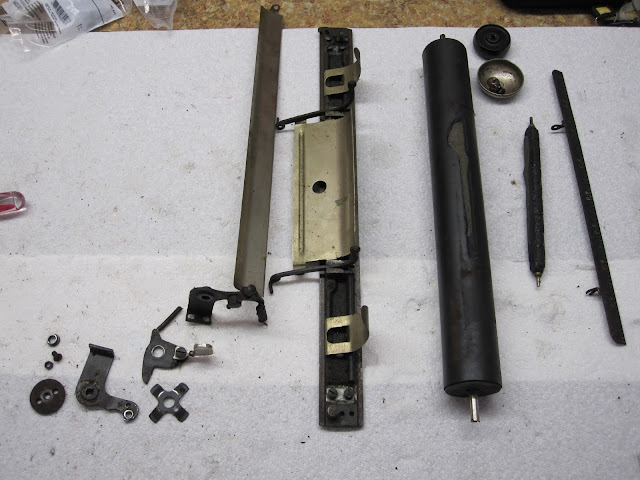 Bonus video! Now that I figured out how to make a video on my phone, I decided to try and show you how the mechanism chooses the character selected. I probably failed horrendously.


As a final note for this part, I would like to ask the viewing audience:

Does anyone have a spare Blickensderfer carriage they would be willing to part with? I am eager to acquire a new carriage with all the parts, and in working order.
Posted by Words are Winged at 5:34 PM