With multiple machines on the workbench at the moment, I decided it would be an interesting venture to show off a few of them without their decorative body shells.

The two main machines I'm cleaning currently, a Remington 5 and a Royal P, are very similar in regards to age, shape, size, and function, yet are so completely different. 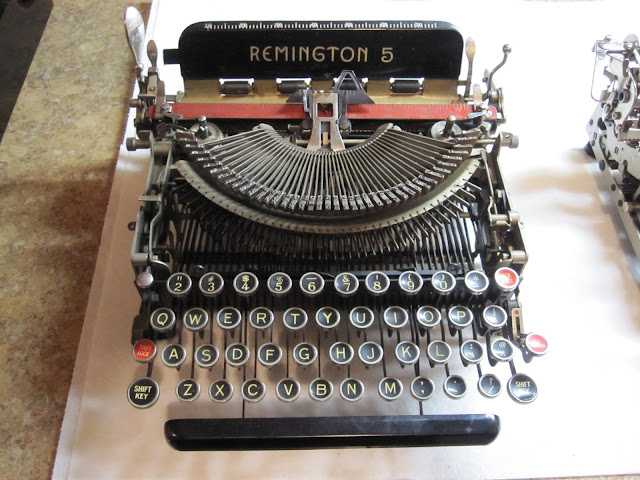 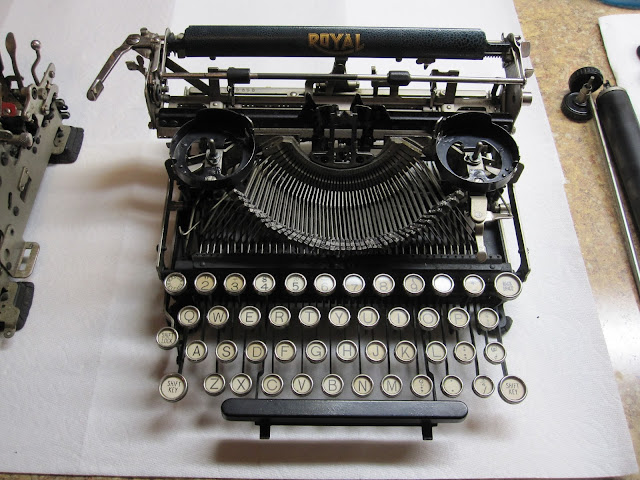 Despite the greater amount of metal on the Remington frame, the Royal just feels more solid for some reason. I will mention that for the longest time I could not consider how the Remington self-starter worked. As with all things, it seems, upon inspection its actually incredibly simple and I'm disappointed I could not imagine a solution myself. 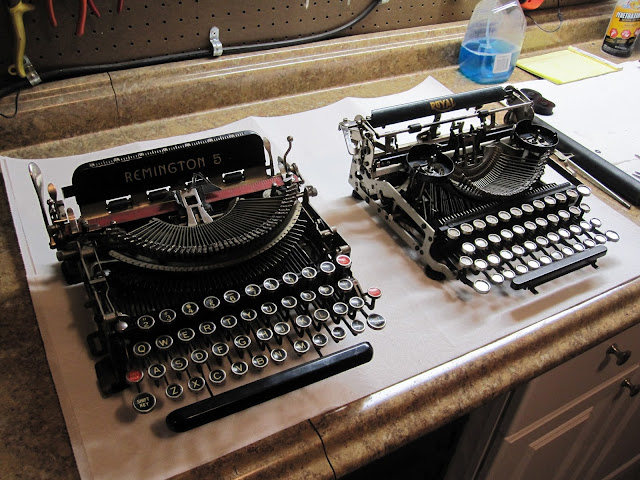 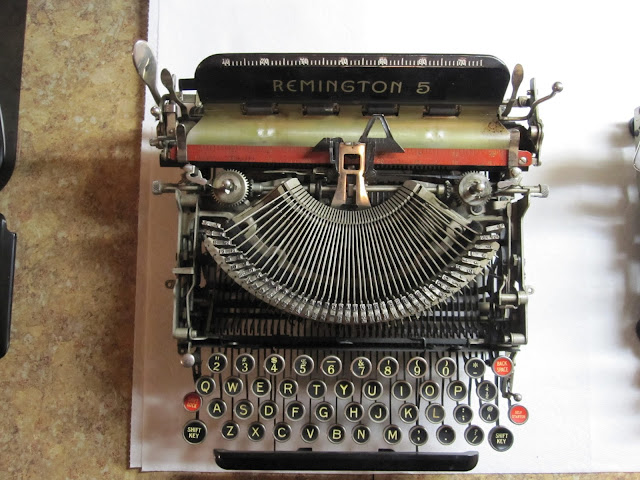 The black keys add to the look of the black shell on the Remington, but nothing can beat the style and feel of  Royal glass keys. 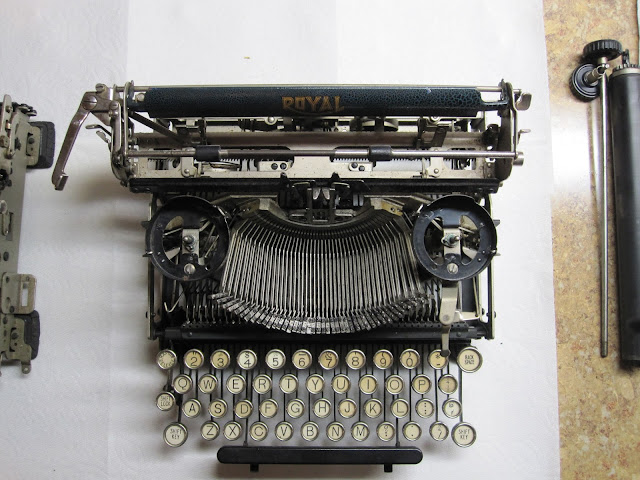 With those two machines considered, I decided to throw in an unexpected contender; Many of you have seen this little design on my blog before. Its the assembly for a Fox portable typewriter. I decided to show just how tiny it is compared to its bigger competition (well, what would have been the competition had Fox not gone bankrupt in '21). 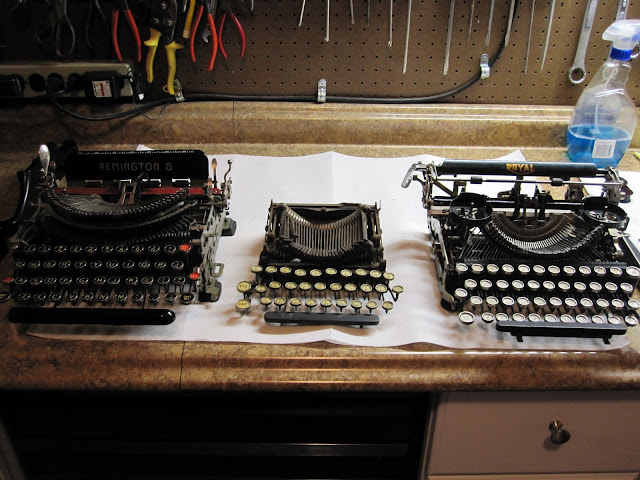 I like to think that had Fox survived, the patent issues with Corona would have made them produce a 4 bank portable when they realized that others were doing so. The mechanism of the Fox portable, when transitioned to a 4 bank machine, alongside the outstanding level of care given to aesthetics by the company, would have resulted in one of the most attractive and well engineered machines. Alas that they never had the chance to try. 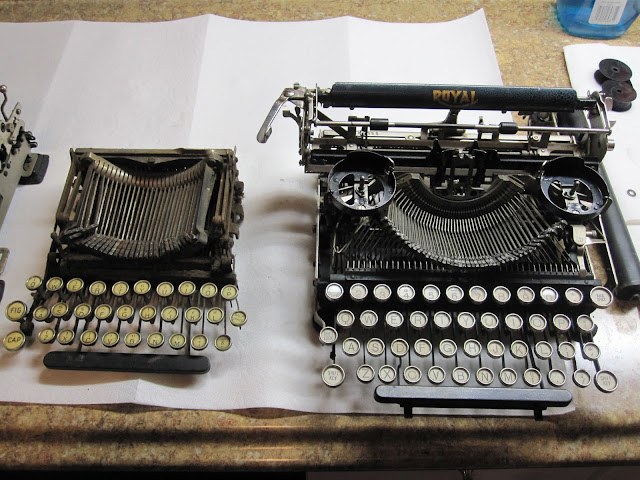 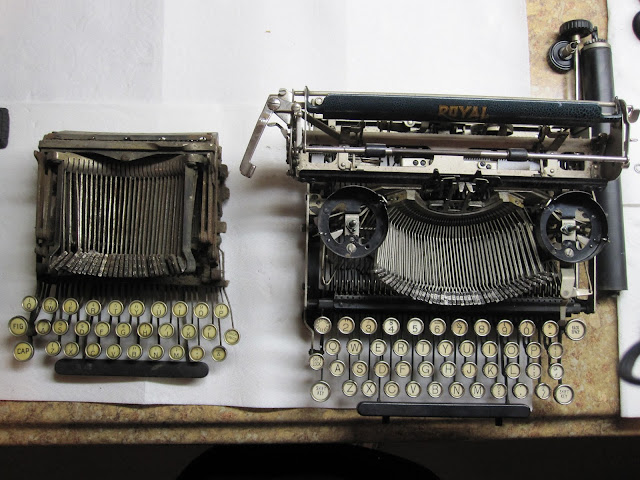 We cant just compare the Fox to a Royal though. No no, we need to bring bitter enemy's together. 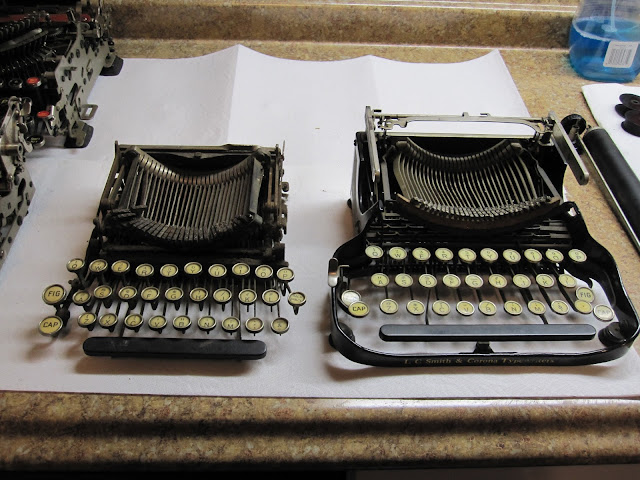 I had to threaten them both with WD-40 to get them to not fight, but I can still sense the anger simmering. The Fox, of course, had a mechanism that can be taken out of the main shell entirely. The Corona, entirely opposite in design, is actually built into the main shell. Time has not been kind to the Fox portables; more often then not, they are in terrible shape and function poorly. A shame, because they are so well designed. The manufacturers would have probably laughed at us expecting these machines to survive in working condition after 100 years, but oddly enough as we know, some machines can look like rust piles and still work wonderfully (such as the Underwood 5). 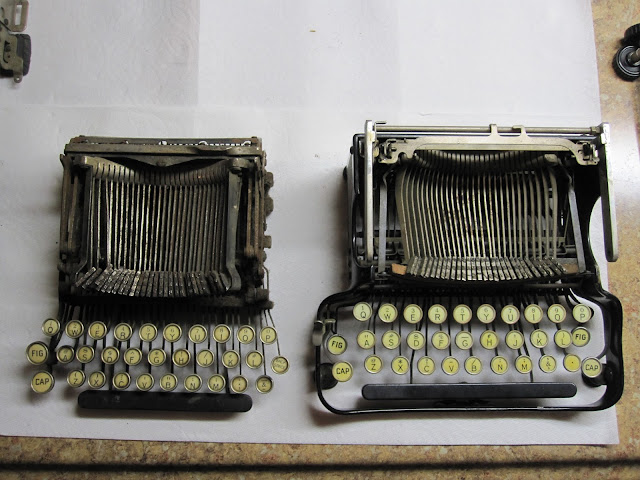 That concludes todays exciting episode of Northwest Typewriters. Tune in next time!
Posted by Words are Winged at 2:49 PM