The Continuing Adventures of the Blickensderfer 9

Today, I set about the task of tackling the main typewheel mechanism of the Blickensderfer 9. I finished up the body the other day, and was eager to get this machine back to operational condition as quickly as possible.

It had other ideas.

Beginning with other matters, here are some reference photos for anyone who needs 'em. 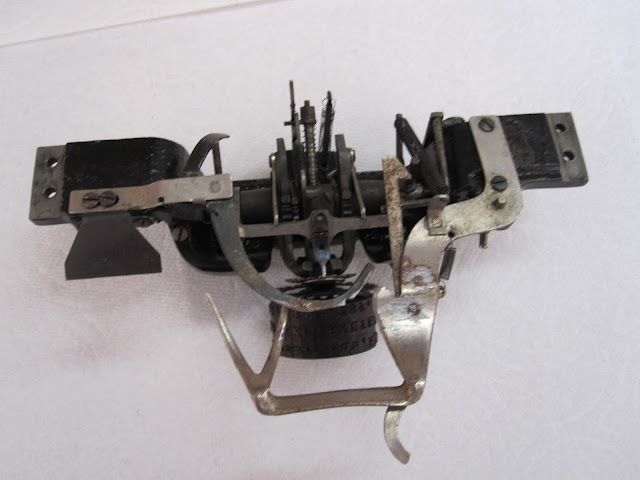 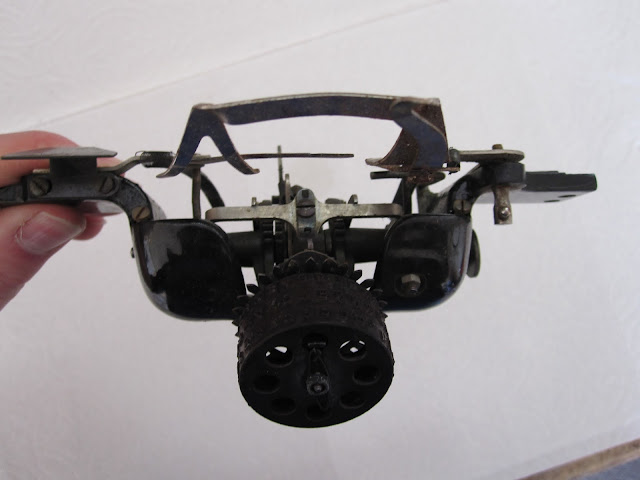 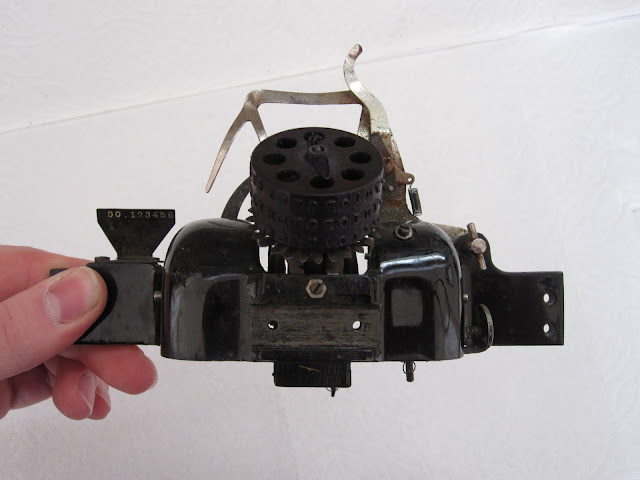 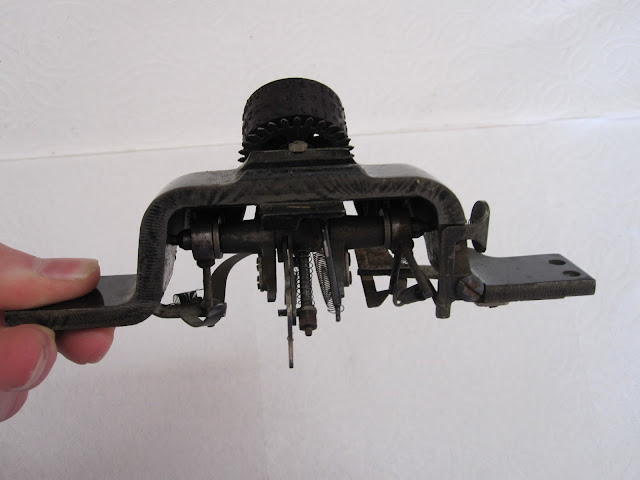 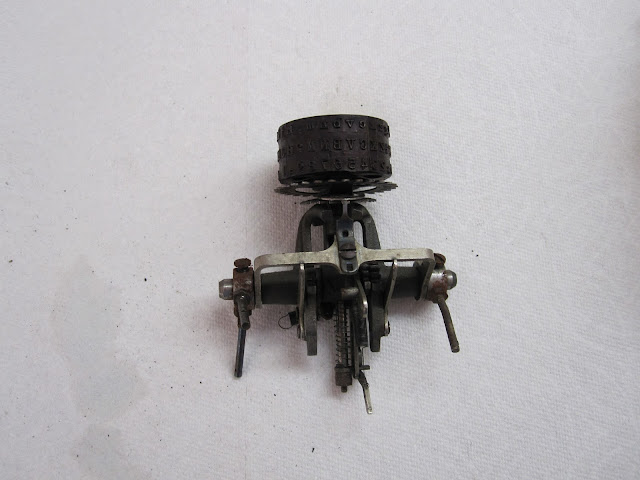 Once I got it to this point (and having taken off the small circular parts with the rods on them - not pictured), the gearing decided to randomly start working again.

Huzah! I thought. I won't have to dissect this any further! But alas, I found to my horror that the typewheel would not come off. Nor would it shift.

My hopes dashed against the rocks, I liberally applied(AKA completely washed it down) with some liquid wrench, and gave it some time to soak.

Due to an unfortunate chain of events which will not be described here, my efforts to get the typewheel off resulted in the utter destruction of said typewheel. Save for the damnable core, which was in every sense of the word fused to the metal pin.

I'm now trying to determine how to proceed, having sadly lost the typewheel and still needing to get the (copper?) core off of the pin. The mechanism still refuses to shift as well, and due to the nature of the design, I cannot get the rod out at this point.

At the very least, in dealing with so many machines, I'm used to being hit with a brick at every turn. So there's that. 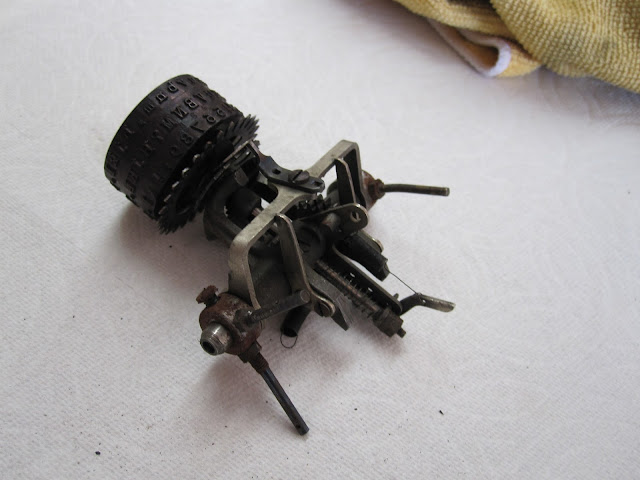 Onto the less-sad side! The body, as mentioned, is done save for the upper mechanism.
Tada! Oh wait, I'm terrible at photography. You're gonna have to to trust me that it looks great. (I'm waiting to put the front frame on after I get the feet situation worked out properly) 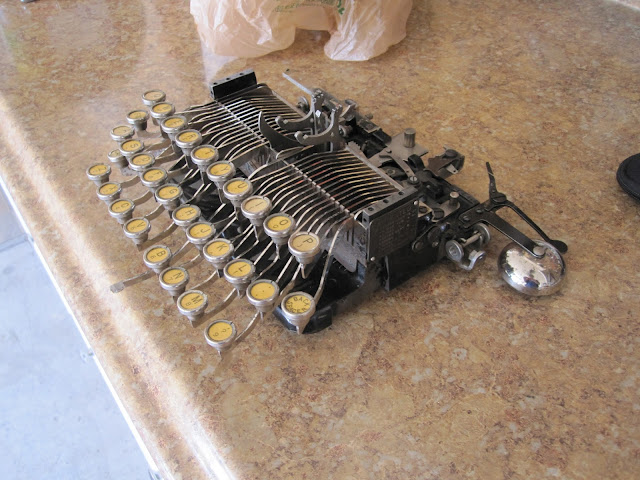 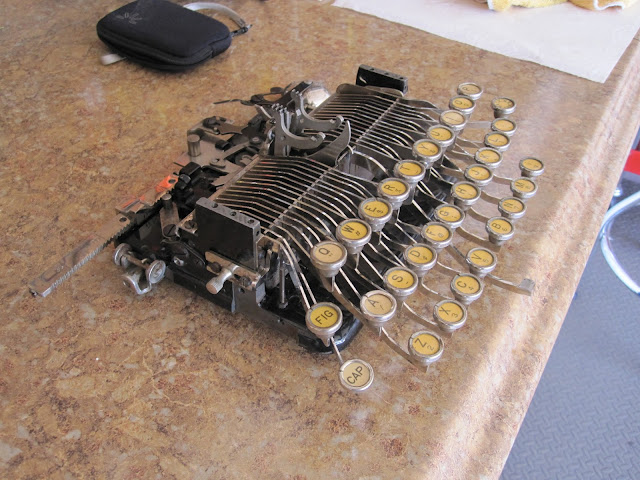 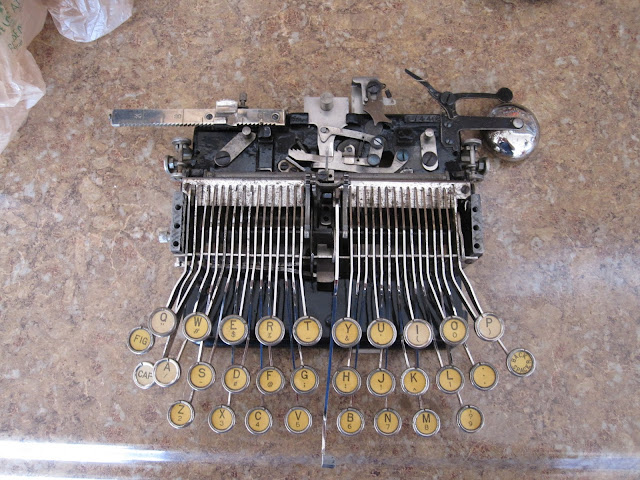 Posted by Words are Winged at 4:13 PM